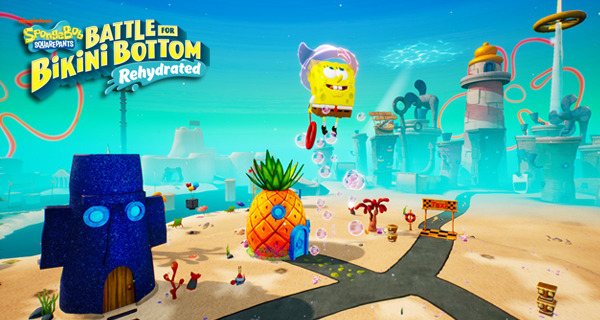 If you are curious about the game, we have for you the SpongeBob SquarePants Battle for Bikini Bottom Rehydrated critics review round up!

Stephen Tailby of pushsquare.com noted that the game’s graphics are a noticeable upgrade from the original game, he said, “The first thing that hits you about the remake is the visual upgrade. In a deliberate decision to ape the more saturated look of the more recent seasons, Rehydrated is more colorful than a coral reef.”

Tailby also shared his insights about the gameplay by saying “Rehydrated is a pretty close match to the original in terms of gameplay, although die-hard fans may notice some small differences in how things feel. Most notable is probably Sandy’s lasso swinging move, which has very different physics. Generally speaking, though, we’d say the gameplay experience is smoother, largely thanks to a vastly improved camera.”

Pushsquare.com gave the game a rating of 7/10 and conclude that “Spongebob Rehydrated is a vibrant remake of a much loved PS2 platformer. It’s a little rough around the edges, but it’s a solid effort that brings back a type of game that’s all too rare on modern machines. The Simple fun of collecting, bashing enemies, and exploring a beloved location is very much here, and fans young and old will get a kick out of this underwater excursion.” 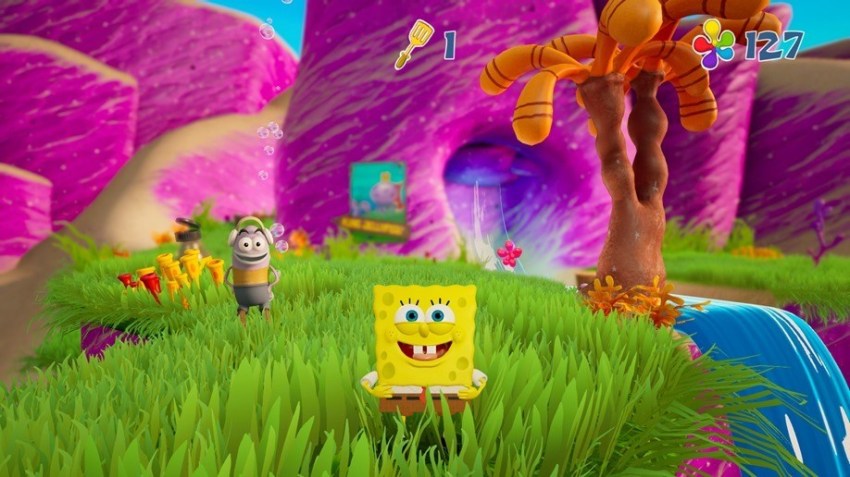 Although the first review was quite high, this next one from IGN’s Jonathon Dornbush sits in the middle giving the game a score of 5/10. He writes, “Rehydrated is in a strange place. Its jokes and episode references remain kid-friendly and largely based on the earlier seasons of the show, leaving the majority of the series’ rich comedy deposits untapped. There’s very little, in fact, aside from a few SpongeBob meme references here and there, that offer something new for returning players like myself.”

Dornbush even feels that the game should not be called a remake, saying, “But even though it’s called a remake, in every conceivable way it feels like a disappointing remaster, with its PS2-era hang-ups often getting in the way. A remake should do its best to modernize and improve aspects that haven’t aged well, but Rehydrated rarely does that.”

In closing, Dornbush writes, “There are bright spots that remain fun almost two decades later, and there are pops of ingenuity in its reworking, but it does little to stand alongside the best, or even the pretty good, platformer remakes and remasters we’ve seen this generation.”

Gamespot.com’s Funke Joseph didn’t like the game at all giving it a 2/10. For him the game had dull gameplay, stubborn controls, as well as tedious rewards and collectibles.

Joseph even advises against playing the game by saying “SpongeBob SquarePants: Battle for Bikini Bottom – Rehydrated flops like a fish out of water when it comes to this. It’s a game so focused on emulating and embellishing the original that it doesn’t know the parts of itself that are fun and the parts that aren’t. It lost sight of the basic elements that make a collectible platformer enjoyable. This game doesn’t promote curious or keen gameplay, the movement isn’t smooth, and gathering collectibles never feels rewarding. Ultimately, the game winds up being an unpleasant nostalgia trip that nobody should pack their bags for.” 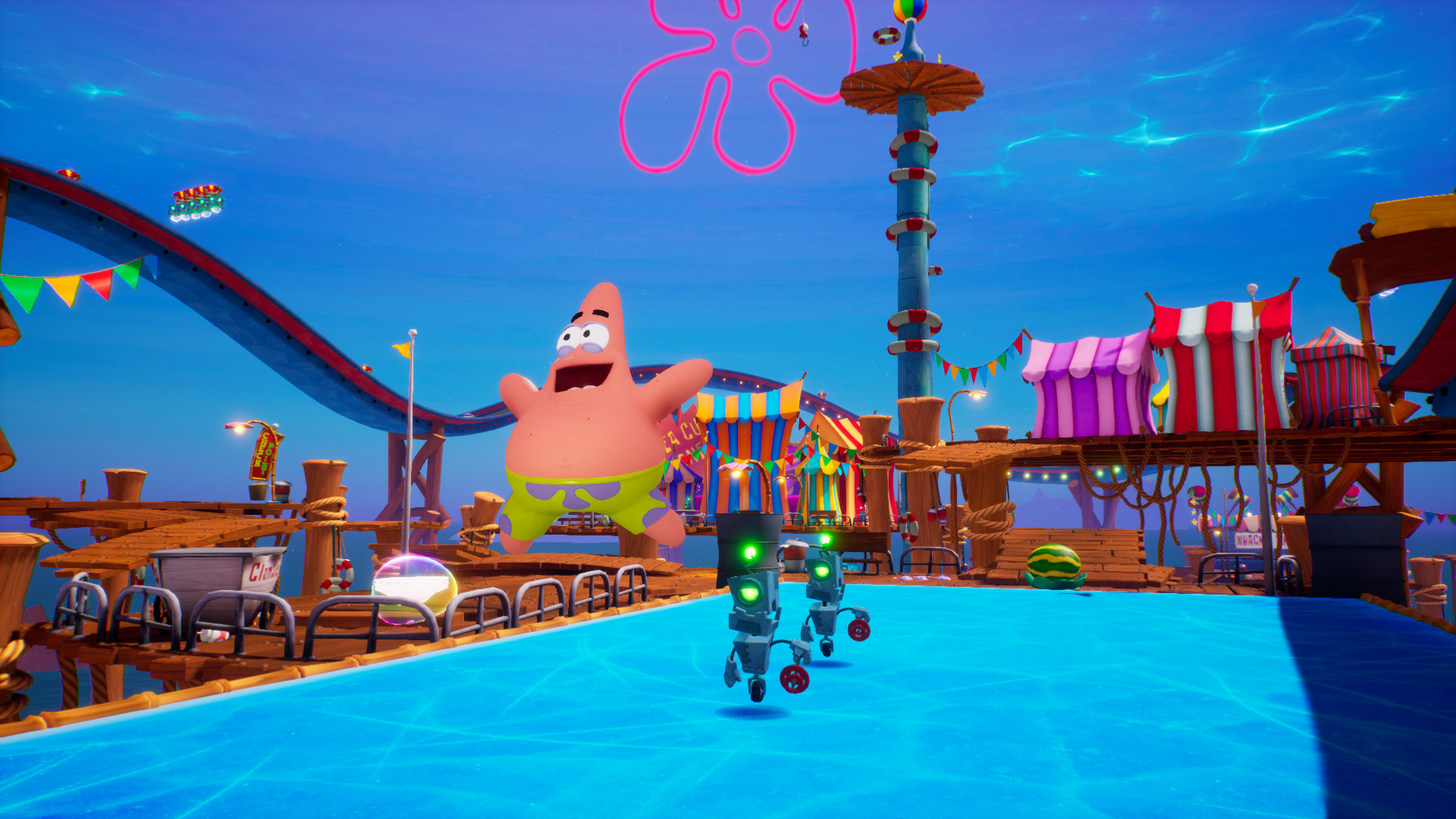 On a much lighter review, CJ Andriessen of Destructoid.com said that “Spongebob SquarePants: Battle for Bikini Bottom Rehydrated is an astoundingly pretty game, one that’s able to capture the look of the cartoon series even while being tied to the layout and structure of the original title. Colors pop and the character models are a massive step up with animations that accurately match the dialog as it’s delivered. Like the comedy from the show itself, the script holds up and the jokes land with outstanding delivery from most of the cartoon’s voice cast.”

Andriessen admits that the game did come with some problems, saying “Battle for Bikini Bottom Rehydrated crashed within the first 15 minutes of play. About an hour after that, the screen went nearly completely black though I could still hear everything happening through my speakers. Anytime I’m in an open area like the hub, the frame rate takes a tumble. Pop-in is frequent throughout, and when combined with the frame rate issue, it makes some levels a real nuisance to play. Load screens can be pretty long and they’re frequent, whether when entering a new area or when you have to restart after dying. Audio is an issue as well. There are some sound effects, such as when you take a bus to a specific level, that are loud and grating. I also witnessed cut scenes with muted dialogue or with a delay in the voice track.”

Destructoid’s rating for the game is 6/10 and closes his review with “with SpongeBob SquarePants: Battle for Bikini Bottom Rehydrated aiming to be as faithful to the original as possible, these issues only serve as a reminder of how much better the industry has become at making 3D platformers.”

The SpongeBob SquarePants Battle for Bikini Bottom Rehydrated Critics review are not all that glowing and we are sure to hear more about the game as it has already launched. With what you’ve read, will you be purchasing and playing the game?