Starfield and Redfall Delayed Until Next Year

Bethesda recently announced that they will need more time for Starfield and Redfall. But they will be revealing more about the games in the following weeks.

The decision was posted on Bethesda’s Twitter saying that Bethesda is taking the additional time to create a more polished version of the two games. 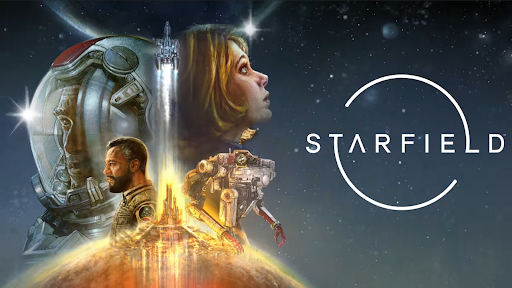 Bethesda also thanks everyone for their excitement for both games and that same “energy is a huge part of what inspires all of us everyday and drives our own excitement for what we are creating.” 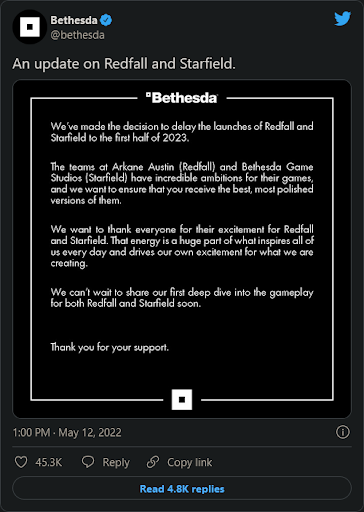 Phil Spencer the CEO of Xbox fully supports the decision of Bethesda by tweeting that they “will continue to work to better meet those expectations.”

Even though it is a bit disappointing, but we’ve seen a lot of delayed games in recent years. Also, since Zenimax and Bethesda had been acquired by Microsoft some delays are to be expected. 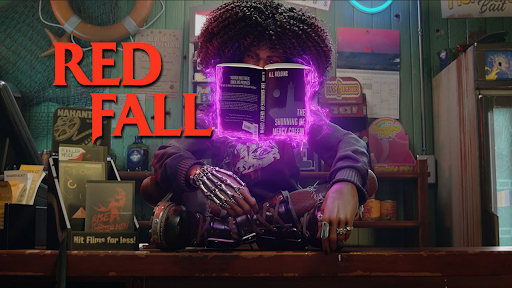 A specific launch date has not been shared by Bethesda. But according to their post, we can expect the games to be available by the first half of 2023. They also promised more details about the game to be released later this year.

Starfield and Redfall will be available to be played on PC, Xbox One and Xbox Series X|S.

You can find all the best and cheapest online deals on cheap Starfield CD keys, game codes, gift cards, and antivirus software from the verified CD key sellers on our store pages.