Steam Deck Here’s What We Know So Far

Steam Deck is an upcoming portable handheld gaming device by Valve and is announced to be launching by the end of the year.


What is the Steam Deck All About?

The Steam Deck as mentioned above is a portable PC that is able to play the games on your Steam library having 60 FPS and 1280 by 800 resolution. 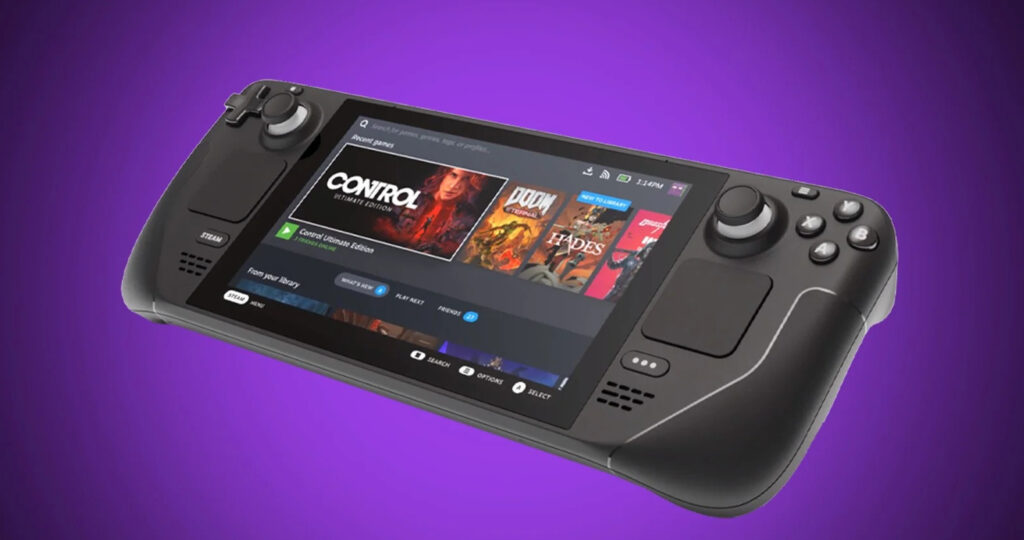 You might think about the Nintendo Switch at first sight of the Steam Deck. The Steam Deck actually has a bigger screen and it runs on AMD hardware.

Depending on the game that you are playing, the battery could last up to 2-8 hours. Playing Portal 2 at 30 FPS could give you 4 to 5 hours of game time said the developers. 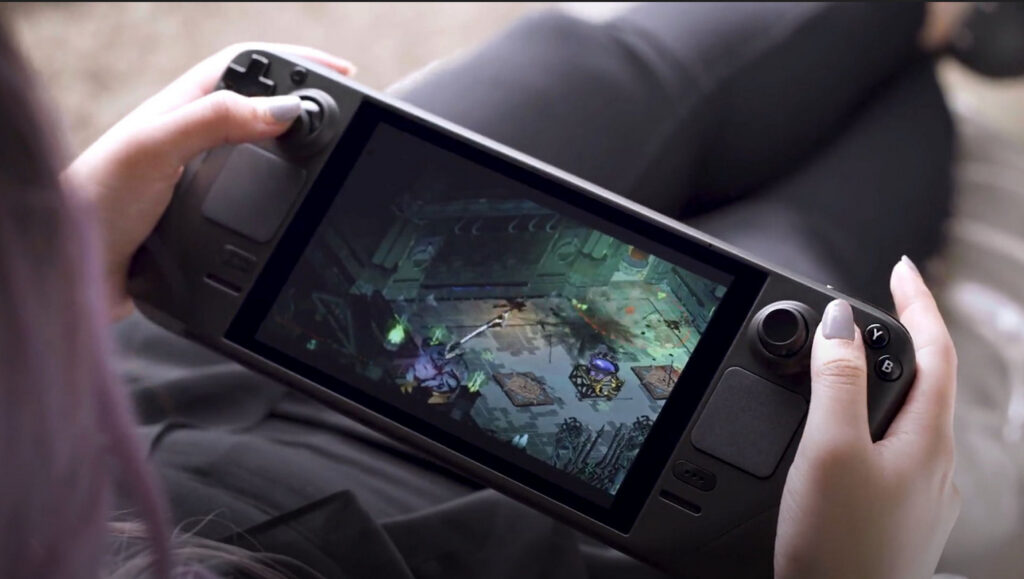 The Steam Deck also can be docked and connected to a TV or a monitor like the Nintendo Switch. The dock will not be sold along with the unit, and it doesn’t have a specific release date yet.

Since this is a new console coming out, a comparison with different consoles will happen. It doesn’t reach the levels of the PlayStation 5 or the Xbox Series X|S but it still is a powerful handheld.

Valve said that the Steam Deck runs on the SteamOS. This can be used like a regular PC as you can use it to download apps and other software.

You are still able to download and play games from Ubisoft, EA, GoG, Xbox and Epic with this.

There are three versions of the Steam Deck and three different prices for it depending on the size of the hard drive. 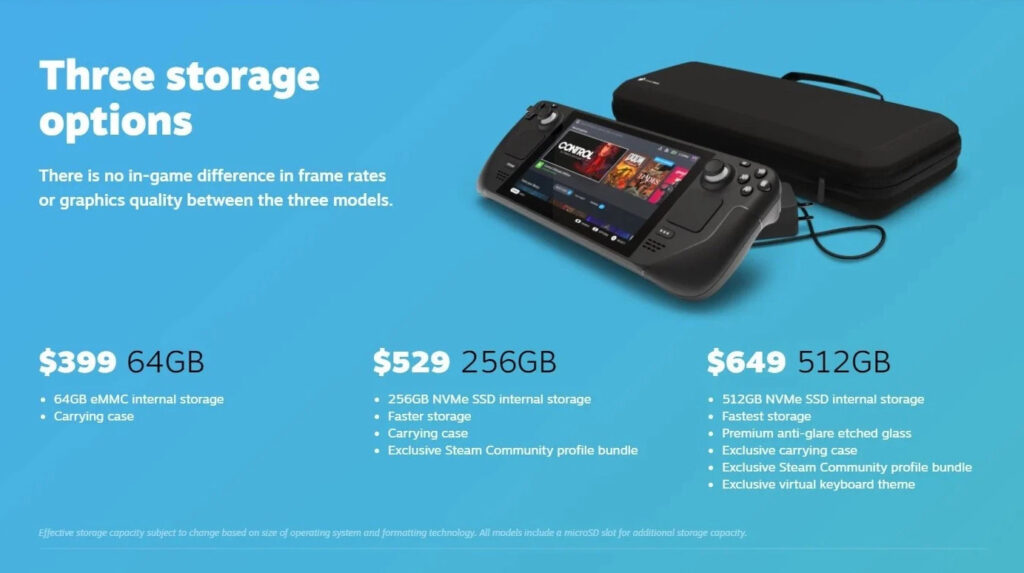 The higher the price the bigger the storage.

When Is The Steam Deck Available For Purchase

The Steam Deck is now available for reservations for $5. 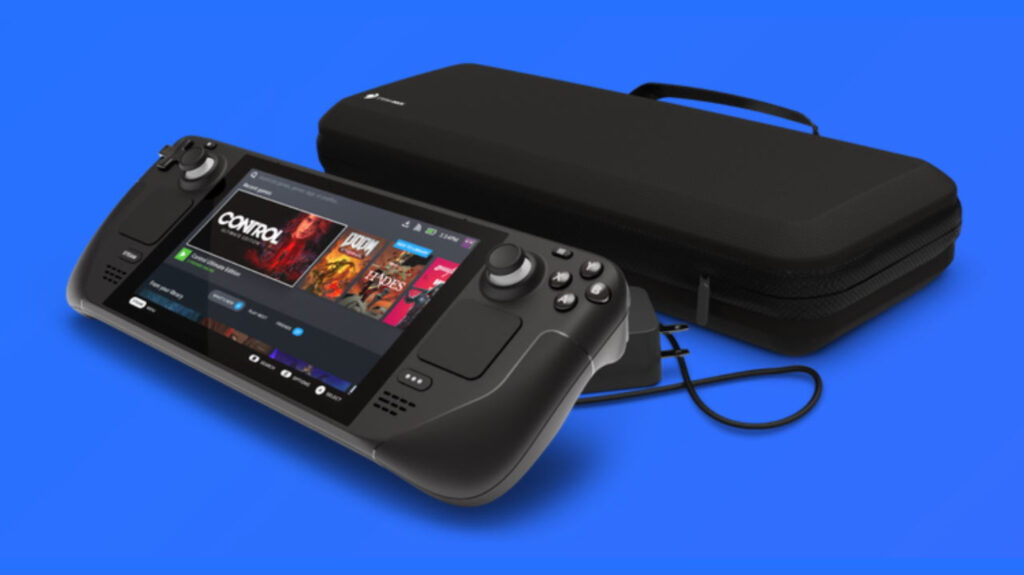 Those who made reservations and were able to complete the balance will get their orders on the launch date or up until September 2022.

Do note though that whatever you have reserved, will be the one that you will be getting. No changes are accepted when you decide to change your mind.

We have the best deals for games that you can use on your Steam Deck! This is possible because of our price comparison service and trusted stores.