Steam Deck orders are at an all-time high as confirmed by Valve.

The Steam Deck reservations are at an all-time high as confirmed by Valve. However, they are able to keep up with the orders with some being delivered sooner. 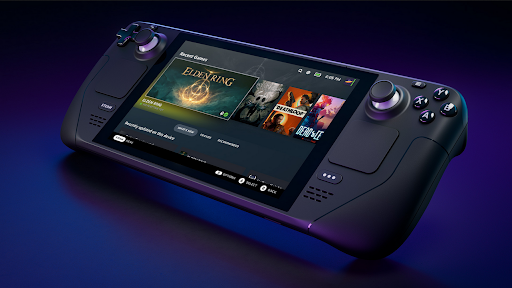 According to a tweet, “reservations being made on a daily basis continue to grow, and are at their highest since our launch earlier this year.”

Even though the orders of the Steam Deck continue to grow, the deliveries are being managed properly and are coming on time and sometimes even earlier. 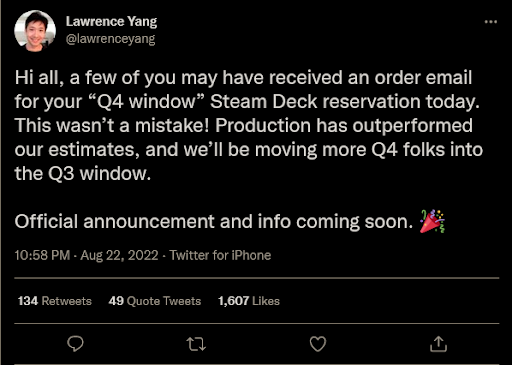 Designer Lawrence Yang said via Twitter that “production has outperformed” estimates. Those who are expecting their Steam Decks to come in Q4 could actually come in Q3.

With Steam Deck being a hit, a lot of people are wondering if Valve is already laying the ground for a Steam Deck 2.

You are sure to get the best deals for video games on Cheapdigitaldownload.com through our price comparison service and trusted stores.

Also, if you would want to get the best video game deals in an instant, you can download and install the Allkeyshop Browser Extension.