To Steam, or Not to Steam? Ubisoft Removes Far Cry 4 from Steam Then Puts it Back Up 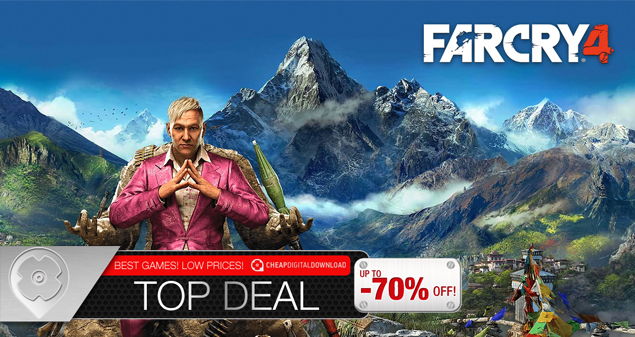 There has been some pushing and pulling from Ubisoft and Steam recently which involves 3 of the biggest games to be released this year, including Far Cry 4. In a post by Kotaku.com, Ubisoft has removed Far Cry 4, The Crew, and Assassin’s Creed Unity from among those listed on the online gaming platform last November 6th, leaving fans puzzled. However, the next day, November 7th, the games mentioned were fortunately placed back on Steam’s list. A post on VG247 says that it’s hoping that this pushing and pulling of Ubisoft and Steam is just “a case of ongoing negotiations between the two companies”.

Would you want to buy these games, including Far Cry 4, on Steam? Tell us in the comments!

Meanwhile, Ubisoft recently gained a Guinness World Record for Highest Altitude Videogame Session through a player named William Cruz who was given the chance to play Far Cry 4 even before its release, according to a press release by Ubisoft. The 23-year-old Utah native played the game at an elevation of more than 18,000 feet above sea level on the Himalayas.

Cruz hiked to the summit of Kala Patthar, one of the Himalayan Mountains set at the base of Mt. Everest in Nepal, with a support team of 15 people, including sherpas, a video crew and a train of yaks that helped carry the television, portable generator and gaming equipment necessary to set the record. On October 11, Cruz played Far Cry 4 on a gaming console for 79 minutes – from 4:38pm local Nepal time until 5:57pm, dealing with wind gusts of up to 25mph, temperatures that dropped from 26 to 17 degrees F, and the hazards of reduced oxygen where the air pressure is only half that of sea level.”

Thanx a lot for such topic