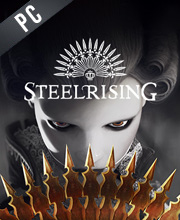 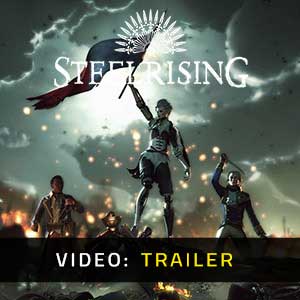 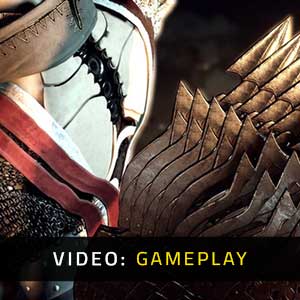 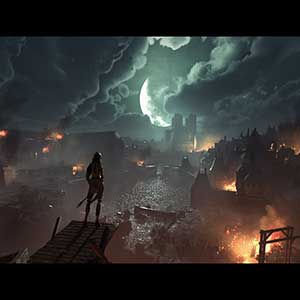 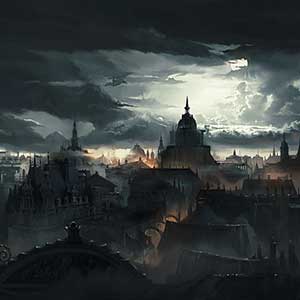 What is a Steelrising CD key?

It's a digital game code that allows you to download Steelrising directly to your PC from the game's official platforms.

How Can I Find the Lowest CD Key Price for Steelrising?

It is a dark time for alternate history France it is the year 1789, the revolution has failed suppressed with bloodshed and steel, Steelrising is an action-adventure role-playing game made by Spiders a game studio based in France the studio behind the critically acclaimed Greedfall. Animal magnetism has been proven to be real, creating a scientific renaissance (the study of invisible forces that govern living things). The crown was quick to make use of it, creating robot armies powered by Mesmer technology violently suppressing the eventual French revolution, it falls to Aegis an automaton that is a marvel of engineering to take on the King Louis XVI’s machine army and change the course of history.

I come away from Steelrising feeling satisfied but not enamored. It’s an adequate foray into the Souls-like space, and it incorporates its own traversal gimmicks well enough, but lackluster quests, boss encounters, and level design hold it back from being an exceptional entry in the genre.

Steelrising has the clearly defined bones of a great Soulslike. It features development team Spiders’ most well executed and fluid combat to date, offers players a plethora of build options that feel meaningful in customizing their approach to combat, and delivers on its unique historical aesthetic well. Unfortunately, these obvious positives are dragged down by level design sorely lacking in verticality, enemy encounters sorely lacking in variety, and a narrative sorely lacking in investment. It’s one of the more admirable attempts at the Souls formula in recent memory, but it doesn’t have every piece of the puzzle. 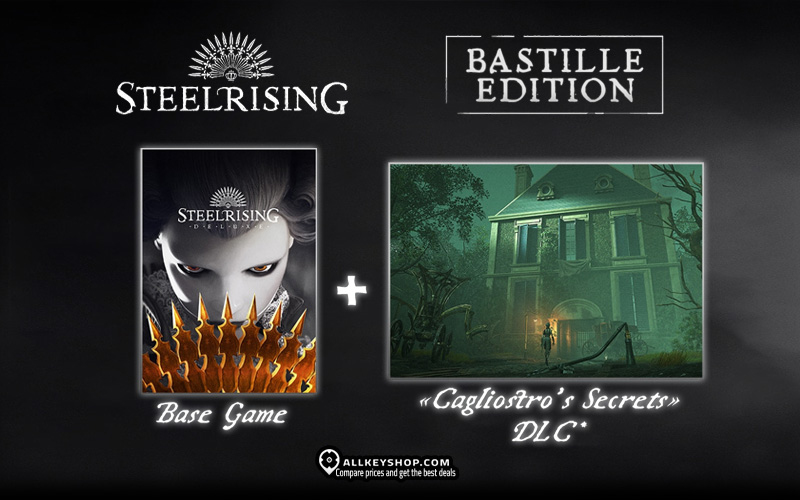 Zoom 1m 3m 1y All
Track product
GOG.COM CD KEY : You need to register on Gog.com, then use the GOG Key to download and activate your game to play Steelrising.
STEAM GIFT : A Steam gift is a one-time transfer you receive. You activate and install Steelrising to play on Steam, it is a non-refundable game that stays in your Steam games collection. Please read the store description about any language or region restrictions.
STEAM CD KEY : Use the Steam Key Code on Steam Platform to download and play Steelrising. You must login to your Steam Account or create one for free. Download the (Steam Client HERE). Then once you login, click Add a Game (located in the bottom Left corner) -> Activate a Product on Steam. There type in your CD Key and the game will be activated and added to your Steam account game library.
STEAM KEY ROW : It means for Rest Of the World countries which are not concerned by the region restrictions. This product can't be purchased and activated in Several countries. Please read the store description to know the full list of countries which are concerned. Use the key to Download and play Steelrising on Steam.
Bastille Edition
Standard Edition

Play as an automaton lady during the time of the French Revolution? Yes, please.

The theme looks really unique, and the reviews are good, so I’ll be giving this one a try.

This one looks different! I wonder how the game play is?