Just recently there had been a gameplay footage of Street Fighter 6 circulating the internet and it looks amazing. Capcom reacted to it but did not deny it.

During Sony’s State of Play last June 2nd, Capcom revealed Street Fighter 6. Right after the event, leaks of the game spread across the internet.

One of the leaks featured an image of the game’s probable roster of fighters at launch. There are 22 characters in the image, a lot of which are iconic ones. The leak may have come from ResetEra but it could also be possible that it had been cross-posted from a different source. The image had also been posted on Twitter but was taken down immediately because of copyright claims. 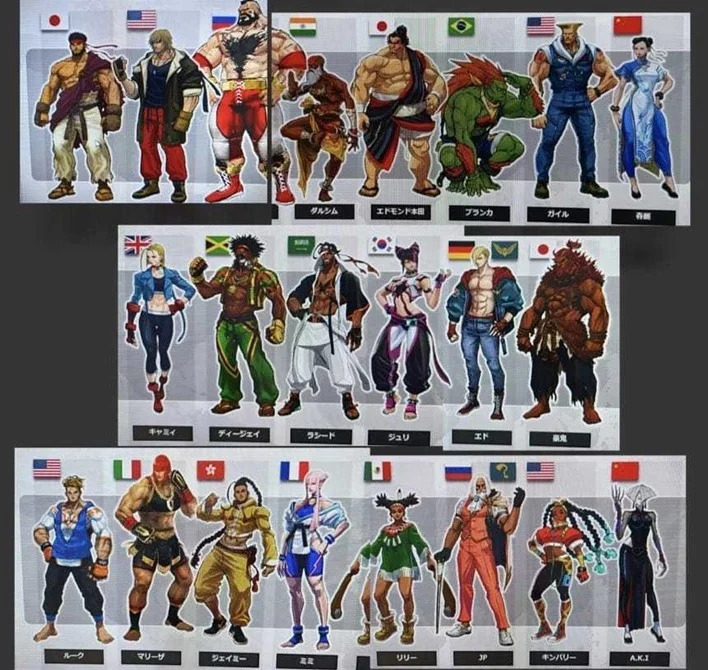 Another leak that was posted is a gameplay footage that was seen on Twitter, posted by Rebs Gaming. This featured Cammy’s super combo. Another video featured Ken in the Character Selection screen and he looks different from the Ken that we know and love. 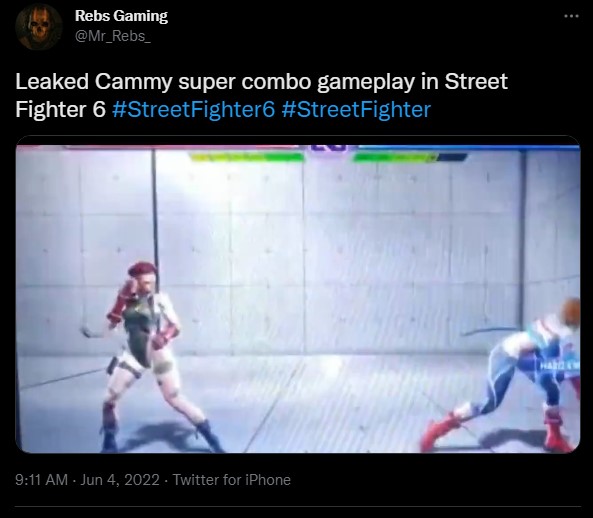 With all the leaks popping out left and right, Capcom took to Twitter to say “As residents of Metro City, we’ve all seen things we weren’t supposed to see, but we’re all in this together. We appreciate all the positive reactions. Thank you for the support!” This has been posted on the official Street Fighter account, and it seems like they are subtly confirming the leaks. 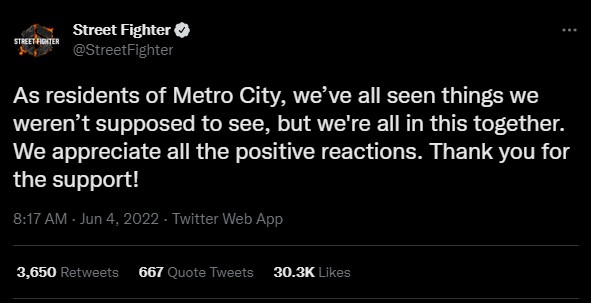 We are not really sure if Capcom’s post is really a confirmation. To be sure, we just have to wait for Capcom’s official details.