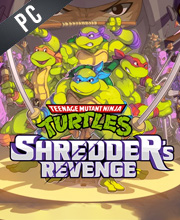 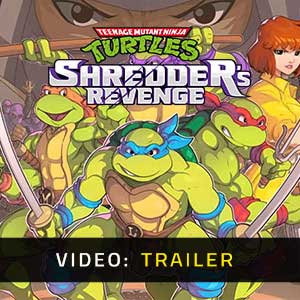 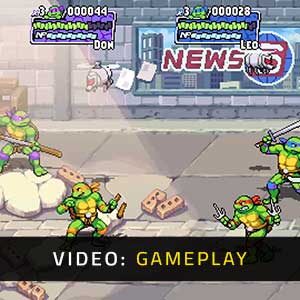 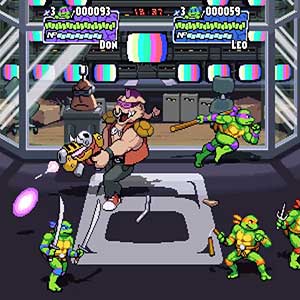 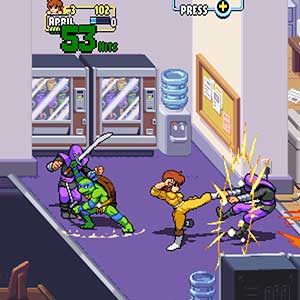 It's a digital game code that allows you to download Teenage Mutant Ninja Turtles Shredder’s Revenge directly to your PC from the game's official platforms.

How Can I Find the Lowest CD Key Price for Teenage Mutant Ninja Turtles Shredder’s Revenge?

Kick shell as Leonardo, Michelangelo, Donatello, and Raphael in Teenage Mutant Ninja Turtles: Shredder’s Revenge a stylized old-school side-scrolling beat-em-up game that features groundbreaking gameplay rooted in classic and iconic brawling mechanics made by Tribute Games Inc. in close partnership with dotemu famous for their work on reviving the Streets of Rage franchise. Explore gorgeous pixel art environments whilst slaying tons of enemies with your favorite turtles, each has its own unique play styles, move sets, and skills making each run you start as unique as the last. Stay sharp and face off against Shredder, Krang, and the foot clan alone, or grab up to 5 friends and play with all of them simultaneously.

STEAM GIFT : A Steam gift is a one-time transfer you receive. You activate and install Teenage Mutant Ninja Turtles Shredder’s Revenge to play on Steam, it is a non-refundable game that stays in your Steam games collection. Please read the store description about any language or region restrictions.
STEAM CD KEY : Use the Steam Key Code on Steam Platform to download and play Teenage Mutant Ninja Turtles Shredder’s Revenge. You must login to your Steam Account or create one for free. Download the (Steam Client HERE). Then once you login, click Add a Game (located in the bottom Left corner) -> Activate a Product on Steam. There type in your CD Key and the game will be activated and added to your Steam account game library.
US STEAM CD KEY (NA : North American CD KEY): Requires an US IP address or you must activate it with a VPN (Virtual Private Network) in order to play Teenage Mutant Ninja Turtles Shredder’s Revenge. Might have languages restrictions or language packs. Read the description on the store game page to know if the US IP is only needed for activation or for playing also (maybe on US Servers). Most of the stores offer you their help, or show you how to do this with a tutorial to follow.
PC Win 10 / Xbox Key. Digital code which allows you to play on both Xbox and Windows 10 PC. See below for more informations.
Standard Edition