Terminator Resistance Critics Review Round Up 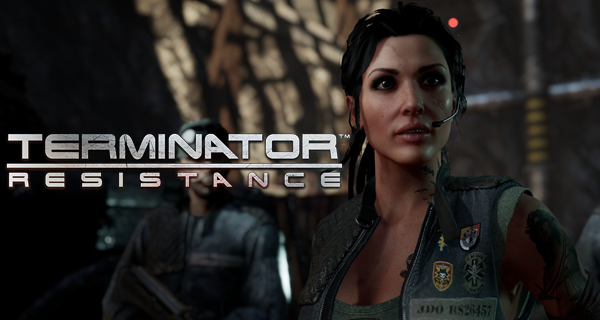 The Terminator: Resistance recently launched and it features a new hero named Jacob Rivers who is a soldier for the resistance that is led by John Connor against the Skynet machines. The events are set nearly 30 years after Judgement Day.

If you are wondering how this game fared with the critics, we have for you the Terminator: Resistance critics review round up below. But before that, and if you haven’t seen it yet, get to watch the game’s launch trailer first.

TERMINATOR: RESISTANCE CRITICS REVIEW ROUND UP

“For a title set far into the future, Terminator: Resistance remains disappointingly locked into the past. With lackluster design, story, dialogue, AI, and combat, Terminator: Resistance is a genre example generations out of time. A full-price game offering a budget-price experience just makes it harder to recommend. No one can accuse Resistance of lacking potential, even ambition, but even the most dedicated Terminator fan should wait on a discount, or perhaps say Hasta la Vista altogether.”

“If you’re a fan of the Terminator movies, there is some appeal here, even if only a little. There are even a few nods to moments from the films – like the lorry from the chase in Terminator 2 – and the mid 80s / early 90s version of future tech that appears adds to the nostalgia boost. Despite the different endings you can unlock, it’s unlikely that you’ll go back and replay it unless you really loved the experience.”

“Terminator: Resistance can’t seem to distinguish itself from the popular gaming shooter genre. Albeit some side quests and action sequences can keep the action afloat, it’s not enough to come back to for this winter season.”

“Terminator: Resistance on Xbox One does nothing to create an identity for itself. Much like the machines in the game, the whole campaign feels manufactured using resources from other games that did it better – five years ago. It’s a game that is directly stuck in the past, waiting for Judgement Day to arrive and blast it out of mediocrity.”

“Expectations were never going to be too high for Terminator Resistance. Alarm bells always go off when something like this pops out of the shadow of a movie release with little fanfare, but it’s remarkable how backward this game manages to be. It elicits no real emotional impact of any kind beyond maybe surprise when you find out this isn’t a HD remaster of some forgotten Xbox 360 title, but a brand new 2019 release. The low budget can be forgiven for some shortcomings, but this clearly didn’t get the time it needed to compliment said budget’s restrictions.”

“Aside from the odd little touches that prove Terminator: Resistance is actually a labour of love for its developers, what stands out about most the game is that it’s unremarkable in every way. It nails a post-apocalyptic landscape brought on by machines, but visually there’s nothing that impresses beyond its robot designs. Gameplay-wise, its first-person shooting works just fine, but it’s missing a certain something to make it exciting. It doesn’t really try to anything original, instead just borrowing elements from other games and throwing them together. Thankfully they stick.”

Well, as you may have noticed, the game has mixed reviews from the critics. The game is not spectacular and it also isn’t very bad. It kind of sits in the realm of mediocre having bits and pieces of other games in it but not having anything special about it.

Have you played Terminator: Resistance yet? If yes, tell us what you think about the game in the comments below.