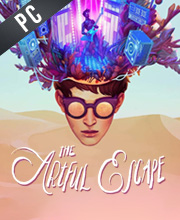 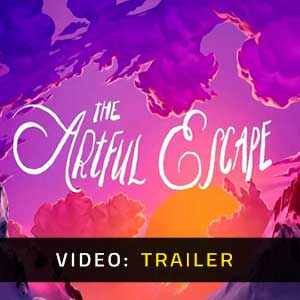 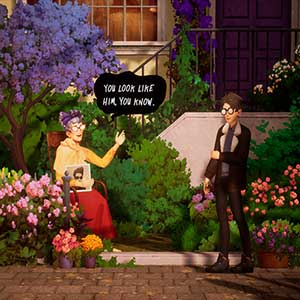 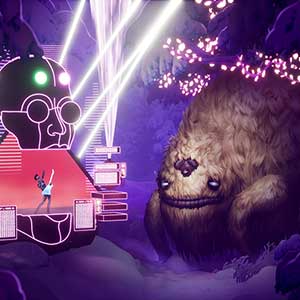 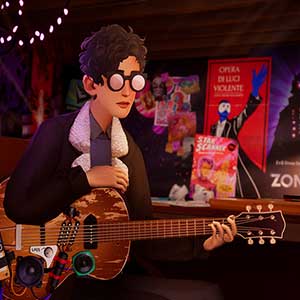 What is a The Artful Escape CD key?

It's a digital game code that allows you to download The Artful Escape directly to your PC from the game's official platforms.

How Can I Find the Lowest CD Key Price for The Artful Escape?

Francis Vendetti is a young up-and-coming musician struggling to find his voice, partly due to the fact that his uncle is a musician himself a legend of the folk scene, he feels that his uncles’ legacy will always overshadow his accomplishments. Soon he will make his debut performance, in order to make sure that it’s a success Francis undergoes a psychedelic adventure to manifest a new stage persona, search for who he isn’t in melodic alien landscapes, stolen opera houses, and the infinite depth of the cosmic extraordinary.

By the time the final credits roll on The Artful Escape, it’s a challenge to succinctly summarise what you’ve just experienced. It’s a game without a genre, one composed of familiar elements blended in an unfamiliar way, creating something that is uniquely it’s own.

The Artful Escape tells a heartfelt story of artistic self-discovery through a filter of color, light, sound, and joy. Combining gonzo sci-fi imagery with blaring space-rock guitar chords, The Artful Escape is a playable concept album – or at least a grand trip through that album’s cover art. Never difficult but always fun, The Artful Escape is highly recommended as both a great narrative and a fun exploration into Bowie-style space rock imagery.

STEAM GIFT : A Steam gift is a one-time transfer you receive. You activate and install The Artful Escape to play on Steam, it is a non-refundable game that stays in your Steam games collection. Please read the store description about any language or region restrictions.
STEAM CD KEY : Use the Steam Key Code on Steam Platform to download and play The Artful Escape. You must login to your Steam Account or create one for free. Download the (Steam Client HERE). Then once you login, click Add a Game (located in the bottom Left corner) -> Activate a Product on Steam. There type in your CD Key and the game will be activated and added to your Steam account game library.
PC Win 10 / Xbox Key. Digital code which allows you to play on both Xbox and Windows 10 PC. See below for more informations.
Collection
Standard Edition