The Critics Have Spoken | Far Cry 5 Reviews Roundup Is Here! 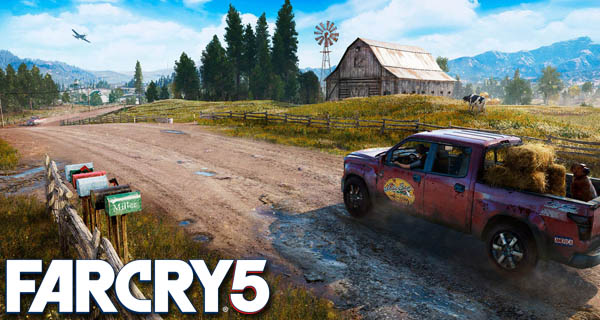 Here is the Far Cry review roundup! With the game officially releasing tomorrow, March 27th, the critics were able to give and post their reviews. To make it easy for you, we gathered the reviews of the most notable sites and posted them here. You can get to check them out below:

Beautiful, interesting, and dynamic open world is ripe for experimentation

The best Far Cry yet and one of the best open world shooters of any kind, with an impressive variety of missions and non-linear structure.

If you’re wondering whether bringing the madness to our doorstep, making the entire campaign co-op and including an impressive toolbox to create new levels and missions while still retaining that visceral gunplay the series is known for keeps Far Cry 5 fresh and worth playing on Day One, my answer is: yes, absolutely.

Far Cry 5 isn’t revolutionizing open world gaming, but it is a perfection of one of Ubisoft’s most noteworthy series. With a captivating scenario, diverse gameplay options, breathtaking background, and a colorful cast of characters, Far Cry 5 is primed as one of 2018’s earliest Game of the Year contenders, and potentially the best title in the series to date.

It’s one of the finest takes on the open world genre that we’ve seen, and while it may not deliver much in the way of revolutionary new ideas, it still stands as the best Far Cry game since Far Cry 3.

Choice is the driving theme in Far Cry 5, a game which opts to venture out of its comfort zone while fine-tuning every aspect of what makes the series so great.

So there you have it! Almost perfect scores and many positive reviews are available for PC, PlayStation 4 and Xbox One.