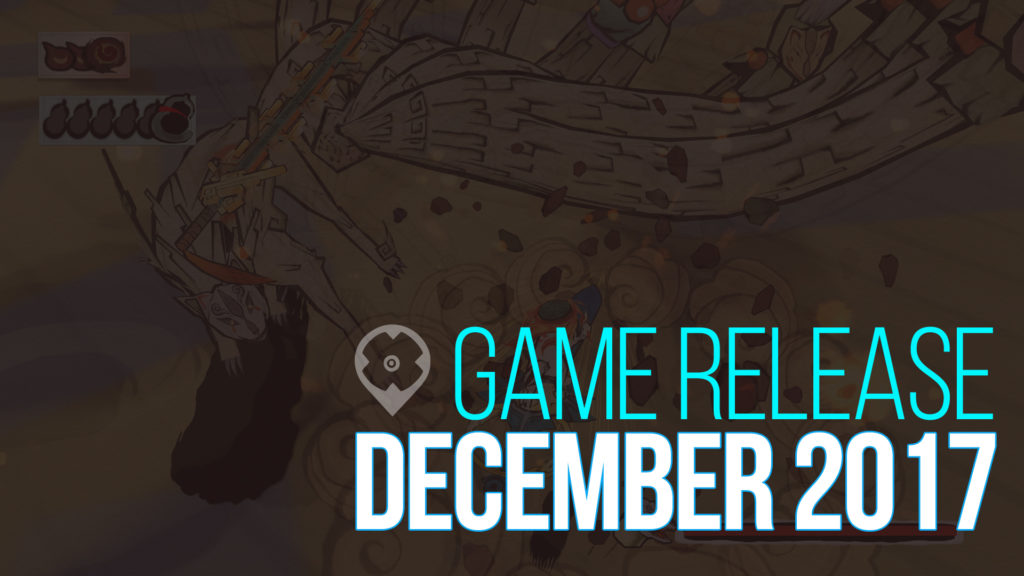 2017 has been one heck of a year for the video game industry, as the year closes here is the list of the December 2017 game releases.

We’ve got a few releases for this month, however, there are a couple of VR releases from two major games to highlight it. We’ve got RPG’s, Sports, Racing and a whole lot more. Go ahead and look at the list below, there might be games that will catch your fancy.

Which of the games would you want to play?  Tell us in the comments below.

Welcoming to the world of virtual reality is the ever so popular DOOM. DOOM VFR is a stand-alone game that uses Virtual Reality devices like HTC Vive and PlayStation VR. The gameplay is quite similar to that of the game on PC however with the addition of teleportation and free movement in the options for movement. The game will include classic maps like Toxic Refinery and Nuclear Plant.

Get to play in an open world, isometric, RPG with Seven The Days Long Gone. Step into the shoes of a master thief named Teriel in a post-apocalyptic world. One of Teriel’s heists goes wrong then for some reason he finds himself in an airship going to Peh, the prison island. He then would have to escape this prison island with the help of the daemon that has possessed him and forces him to follow each command. Will Teriel escape from prison and would he be able to get rid of the daemon living inside of him?

Steep Road to the Olympics

An expansion of the sport’s game Steep, Steep Road to the Olympics will let players play in an open-world winter sports game. Placing you in the shoes of an athlete who is on a mission to be an Olympic champion. The open-world offered in this expansion is huge with the iconic Japanese mountains and the Alps. Train in these breathtaking location and once you are ready, you can join the qualifiers for the 2018 Pyeongchang Winter Games located in Pyeongchang, South Korea.

Discover and explore the game’s world called Eo. Find out all the secrets, intrigues as well as all the available loot!

Autobahn Police Simulator 2 lets you play as a police enforcer in the Streets of Europe. Start your career in the police station and finish the different tasks and missions assigned to you. Finish these, then new tasks and missions will be opened up to you.

You must also rise in your ranks and in order to do this you must take on missions like traffic checking, escorting, securing accidents or high-speed car chases.

This second installment of the series will now have a story that is about 20 missions that are broken up into cutscenes.

The game also includes a lot of open world features as well as featuring many hours of gaming.

Featuring an extremely intense gameplay due to the smart AI that earns from your every move, not letting you do it twice. Pixar-style visuals are also seen.

Another popular game to be coming to VR this December is Fallout 4 VR. The game includes the complete core game with all-new combat, building and crafting systems. Everything reimagined for virtual reality.

The popular 2006 game is making a comeback with Okami HD. It is now absolutely stunning with 4K graphics, the signature Sumi-e ink art style and the interactive loading screens (like that found in the original game).

Play as the Japanese sun goddess Amaterasu with a mission to estimate Orochi, the eight-headed demon.