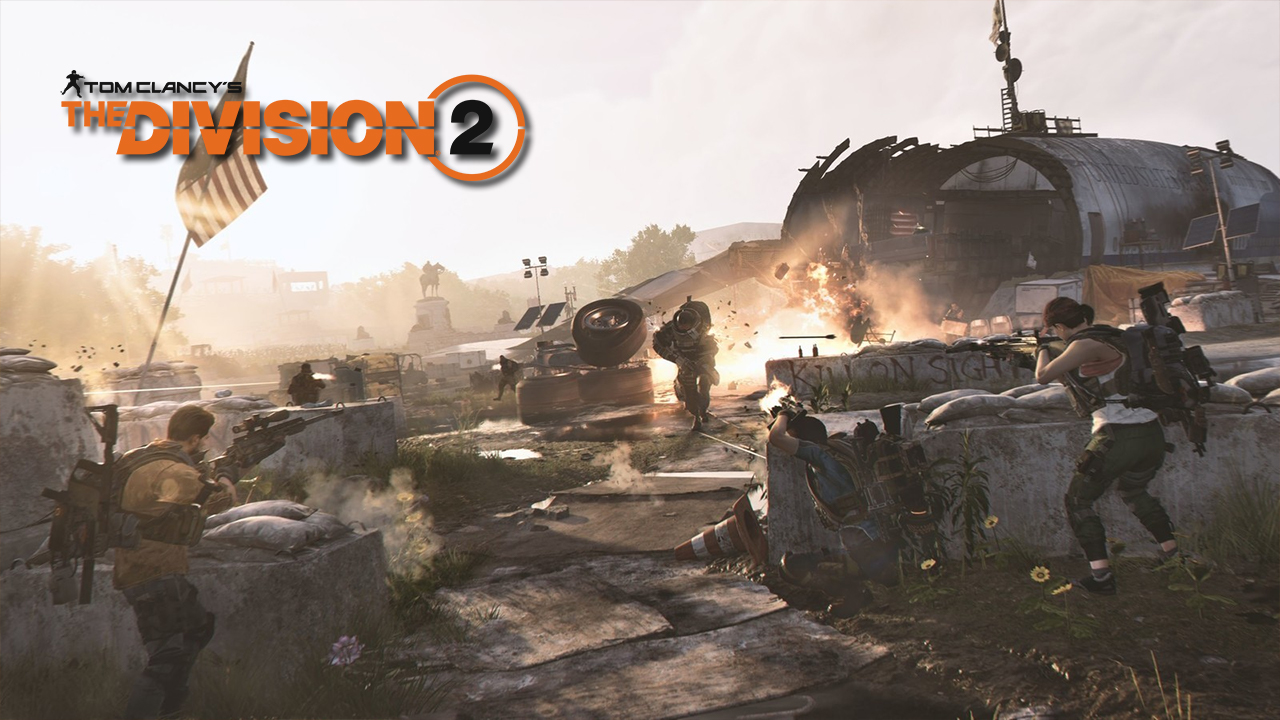 The Division 2 will have 3 major content updates which will come in 3 episodes after it launches. The first one is called D.C. Outskirts: Expeditions, here players will be going after the Outcasts and the Black Tusks. The next episode will be Pentagon: The Last Castle which will bring players to the Department of Defense. The only thing we know about this is that it will “pave the way for more thrilling content”. The third episode will be announced in the future.

Ubisoft’s Season Pass called the Year 1 Pass will let those who purchase it have access to the above mentioned at an earlier date, which is 7 days prior to the launch date. Also, there will be three new specializations that will be available all throughout the year, these can be unlocked through gameplay but if you have the Year 1 Pass, all three are unlocked instantly.

Other Year 1 Pass exclusives include the classified assignments which are a series of missions. These are more story content which is about the events just before Washington D.C. Complete the mission and you get rewarded with an exclusive backpack trophy.

The Year 1 Pass also gives owners one additional Bounty per week as well as one extra project per day. Bounties will task you to eliminate specific targets and Projects are varied tasks to do for rewards. The extra missions will end on March 1st, 2020. It will only continue when you purchase the Year 2 Pass.

And lastly, there will be a couple of exclusive cosmetic items that come with the Year 1 Pass which are the Agent Ward Outfit and the Scout Emote. 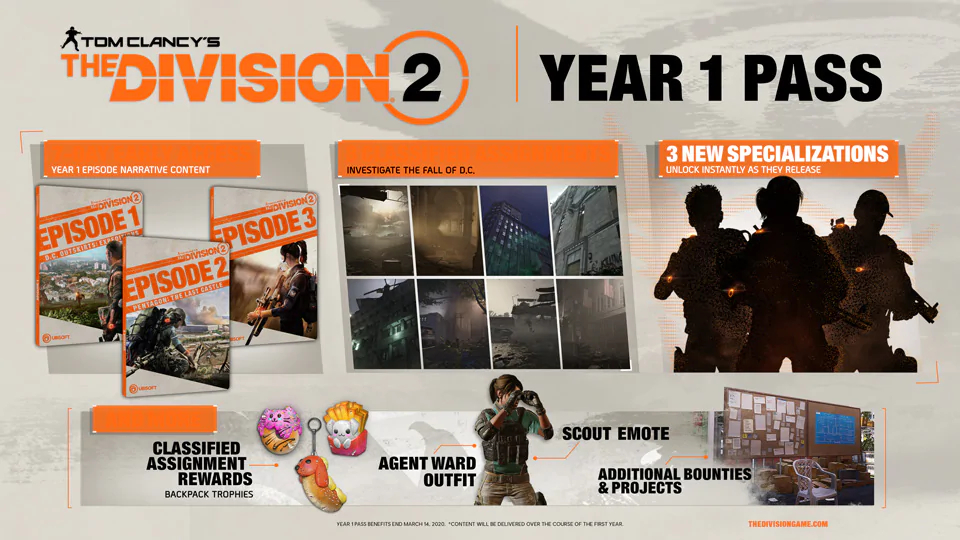