The Firing Squad is Featured in New Agents of Mayhem Trailer 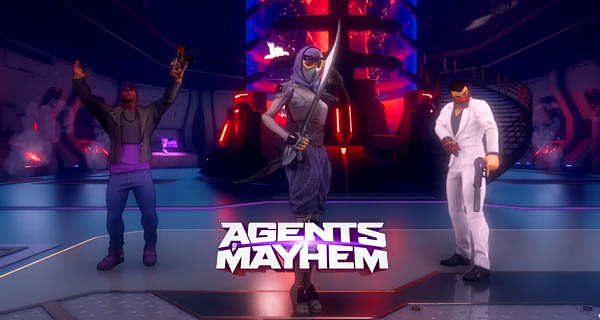 Volition revealed a new Agents of Mayhem trailer that features the group called the Firing Squad. They are known for being “morally flexible occasionally reliable”.

Like with all the Agents of Mayhem squads, the Firing Squad consists of three characters. These are Scheherazade, Oni and Pierce Washington. Scheherazade is a mysterious character and wants to keep it that way. She is an assassin that originated from the Middle East, and so far that is what we know about her. The next character is Oni or Masamune Senachi. He is the son of a Japanese businessman who partnered with Legion to do organized crime which Oni disapproves of vehemently. He single handedly brought his family’s organization down and was hired in Mayhem. The last one is Pierce Washington or also known as the Kingpin. He is from the United States and is the acting leader of Vice Kings as well as a Mayhem Agent.

Watch the Firing Squad in the new Agents of Mayhem trailer below:

Notice the teleporting/switching powers of the characters? That is described as, “with the teleport technology capability of Mayhem agents in your squad are able to instantly teleport into and out of combat. This allows on-the-fly swapping of agents in the field, allowing one to heal while the other takes their place, or allowing the best agent for a particular fight or task in your squad of three to replace the currently active one.”

Agents of Mayhem launches on August 15 in the United States and August 18 in Europe. Play the game for PC, PlayStation 4 and Xbox One. 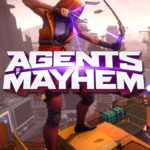 Details of Agents of Mayhem New Character Rama Revealed Meet the Agents of Mayhem character named Rama! She is both smart and equally dangerous. A leading immunologist from Mumbai, she knows how to control diseases and use it to her advantage.