VR or Virtual Reality is quickly becoming popular with new games coming out for it like Half-Life: Alyx and Beat Saber. Last January, Facebook’s earnings call featured the next generation of VR headsets.

There are no official numbers released, however, according to RecRoom developer, there are about 2-3 million new users in just the last couple of months. 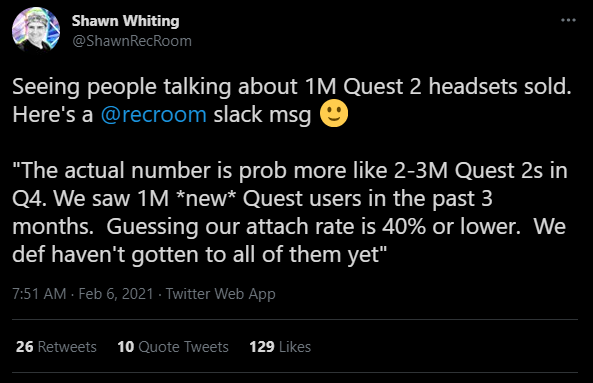 Once branded as a niche, proves to be a success. The huge selling point for the Oculus Quest 2 is that is completely wireless plus, of course, it sells for only $299.

It also helps that the world is more or less in lockdown for about a year now and that there really is no direct competition for it. Another thing is that the Oculus Quest 2 headset is popular with Steam users.

Not only is the headset popular with the use of games, but it is also used for educational apps as stated by Zuckerberg during the 2019 Oculus Connects. You can watch the complete presentation here.

CEO Mark Zuckerberg said during the January earnings call, “We’re continuing to work on new hardware [which] will fit the same platform, so the content that works on Quest 2 should be forward-compatible…”

Also, during an interview with The Information, Zuckerberg said, “So, we have product teams spun up now working on the next few generations of virtual reality and what Quest 3 and 4 are going to look like.”

Zuckerberg continues to say, “For example, one of the things that I’m really excited about for future versions [of Quest] is getting eye-tracking and face-tracking in, because if you’re really excited about social presence, you want to make sure that the device has all the sensors to really animate realistic avatars so you can communicate well like that.”

Since Facebook is a form of social media, Zuckerberg plans to make it more interactive than ever. We would be seeing this in the next 10 years or so. 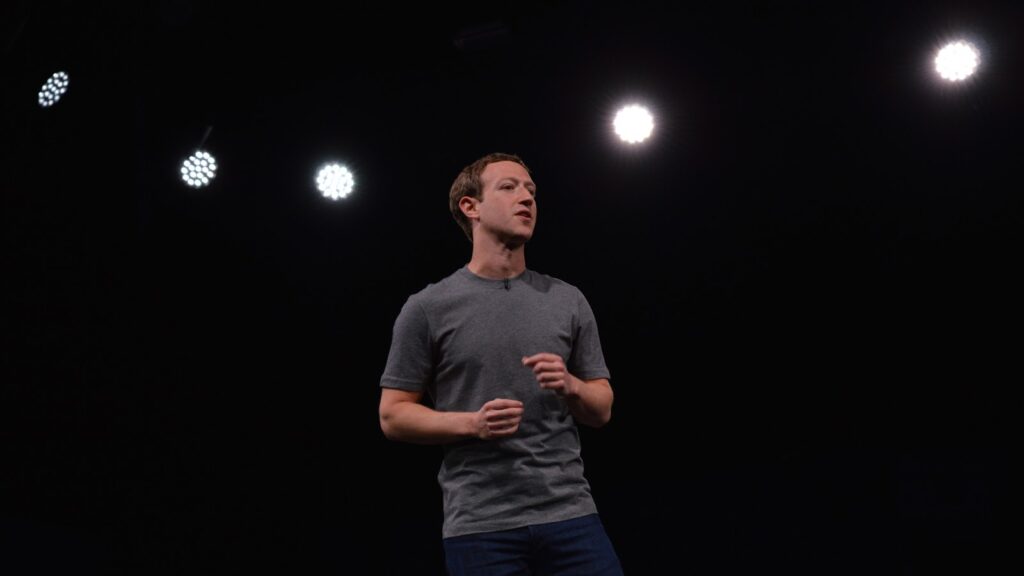 AR or Augmented Reality is also planned for Facebook this year with the form of the Smart Glasses.

The work on this started in 2017 and “It’s coming together pretty nicely”, said Andrew Bosworth of Facebook Reality Labs. 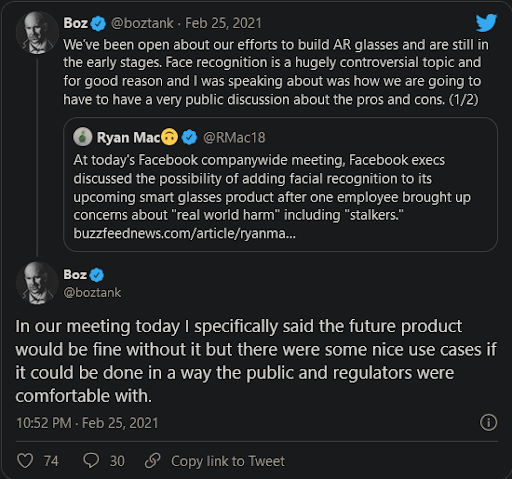 The development of both AR and VR to be used in our daily lives is something to look forward to.

Also, style had been thought about with the Facebook Smart Glasses as they are working with Ray-Ban. As compared with the other Smart glasses already launched, this will be lighter and less noticeable as an AR glasses. 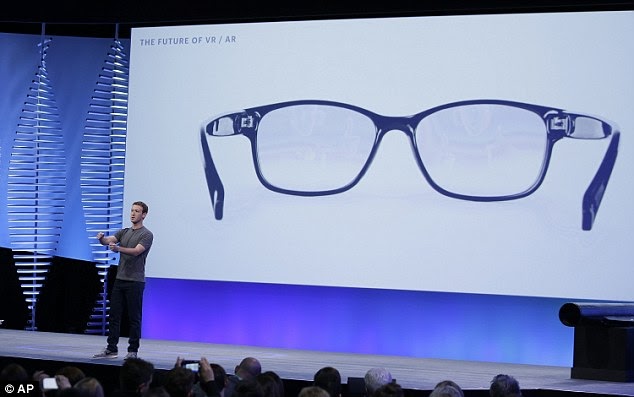 Facebook predicts that smart glasses would be replacing smartphones by 2023.

Looking for the best prices for VR keys? We have that for you here at Cheapdigitaldownload.com.