THQ Nordic will be presenting a lot of games in their Digital Showcase 2022. We’ve listed them down below for you.

ALL THE GAMES OF THQ NORDIC SHOWCASE 2022

Fight for the planets in Tempest Rising. This real-time strategy game will have you building bases, controlling troops and more.

Alone in the Dark

Set in Derceto Manor, Alone in the Dark is a remake of a classic horror game with crazy realms, monsters that came out of nightmares and residents that you wouldn’t want to be friends with.

Wreckreation is a vast 400-square-kilometer sandbox where you can design and create your track in.

Get to play as an intergalactic property developer in Space for Sale. You will be building homes and selling them to your rich alien clients.

Stuntfest brings you to a battle royale with 18 players. Compete with each other by performing crazy stunts with your vehicles that you can customize and upgrade.

Way of the Hunter

Travel across Europe in the Way of a Hunter. This is an open-world hunting game that lets you hunt animals with a vast selection of firearms. The game also comes with realistic bullet physics and blood splatter analysis.

Get to play as Crypto once again in Destroy All Humans 2 – Reprobed. This is a remake of the classic third-person shooter where you play as an alien who gets his mothership destroyed by the KGB and is seeking revenge.

Go to war in Knights of Honor II: Sovereign. Offering a medieval grand strategy game where you are a part of the royal court and fight to expand your empire and religion.

A mysterious fortune teller has granted the wishes of SpongeBob and friends and it created a rip in space and time. They must make things right by repairing what they have done.

Cutter Slade is back in Outcast 2 – A new Beginning! This third-person open-world shooter will have you saving Adelpha while going against treacherous wildlife.

The President is missing and chaos is everywhere in Jagged Alliance 3. Offering a turn-based tactics RPG where a nation is in shambles and people are forced to fight to survive.

You are the Nameless One in the action RPG Gothic. This is a remake where your decisions and actions are what shape the fate of the world. Equip yourself with powerful weapons as you encounter kings, orcs and more.

You are sure to get the best deals for video games here at Cheapdigitaldownload.com all year round. 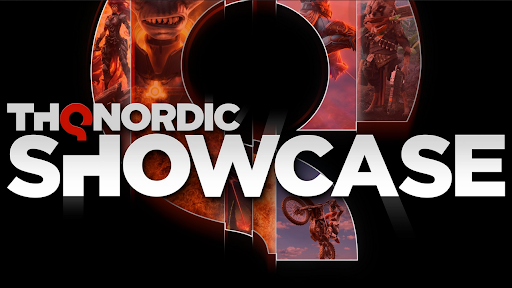 We have a price comparison service that lets you know what the best deal is available for any game.

You are sure to save money since you are able to purchase your game at a lower rate.

BUY YOUR VIDEO GAMES ON CHEAPDIGITALDOWNLOAD FOR THE BEST DEAL

To get the best deal for video games available at an instant, the Allkeyshop browser extension is the answer. Make sure you download and install yours now.

Aside from the best deals for video games, we also have the latest video game news so keep it here!