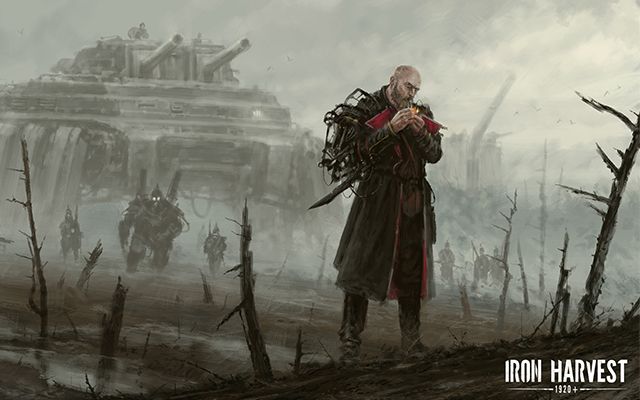 Here’s a quick run through of the three factions of Iron Harvest 1920+:The Polonian Republic, The Saxon Empire, and The Rusviet Union. 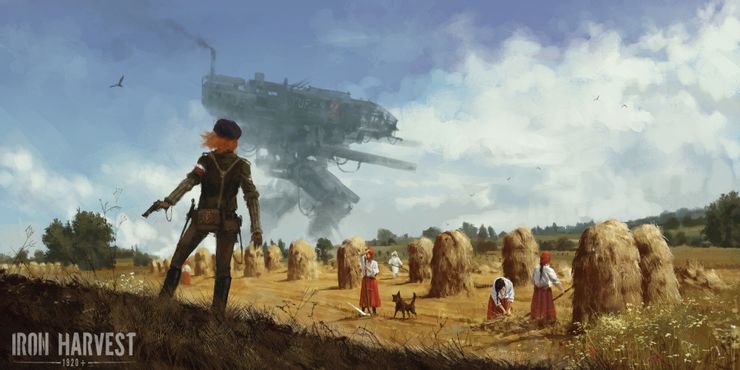 The Polonian Republic corresponds to the 2nd Polish Republic formed after World War I. This is led by Anna, the nations’ national hero who is described as “red-head sniper”. She also battles alongside a bear named Wojtek. The Polonian Republic’s front line looks like cans with legs. 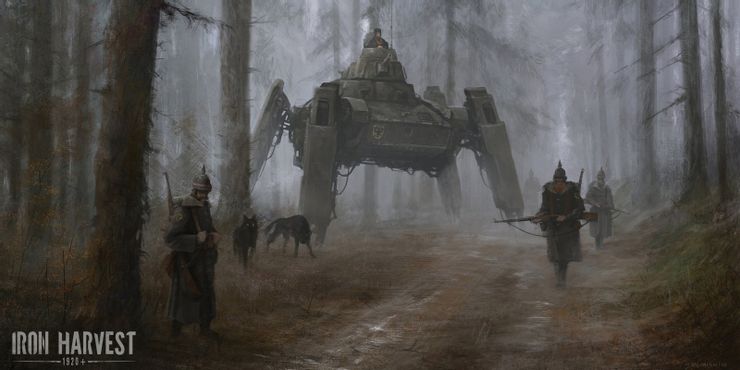 The Saxon Empire factions members wear an Iron Cross icons as well as spiked headgear. Their national hero is Gunter von Duisburg with his battle compansions Nacht and Tag who are two wolves. Their mechs are different as it has four legs. 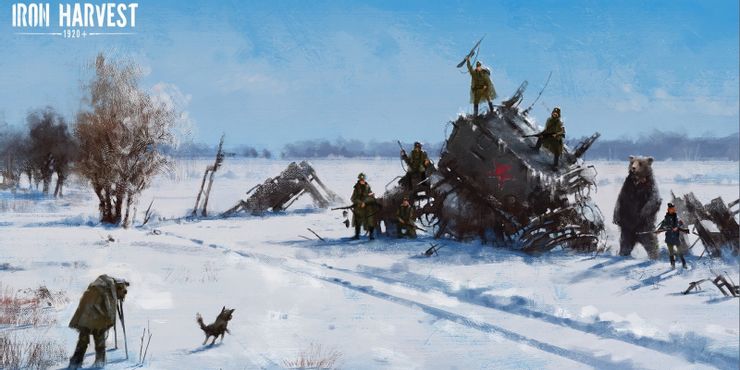 The Rusviet Union has mechs with slanted legs, they are led by their national hero named Olga Romanova with her Siberian Tiger, Changa.