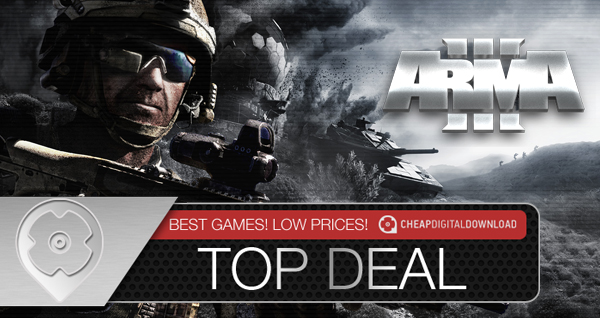 Experience true combat with ARMA 3! With over 20 vehicles and 40 weapons, limitless opportunities for creating content, ARMA 3 is definitely the best military game for PC.

Set more than 25 years after the events that transpired in Arma 2, a massive CSAT military offensive from the east is being held off by the NATO forces. It is the year 2030. Half of Stratis’ civilians have been killed, and thousands are left homeless. Under extreme conditions, the NATO peacekeeping forces were deployed to the region to establish a joint force with the Altian Armed Forces (AAF) as well as secure peace.