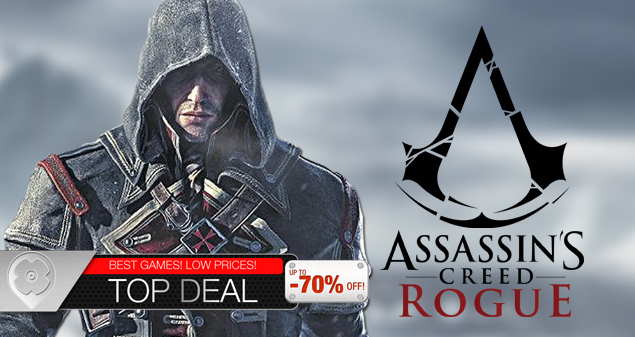 History has always played an important role in the Assassin’s Creed series. It serves its purpose as a backdrop and a resource for dramatic events, supporting characters, and villains. Assassins Creed: Rogue will be slightly different with the previous games in the sense that it is more concerned with carefully examining the history of the series itself than exploring true-to-life events. The end result is one of the best and the most striking stories seen in Assassin’s Creed history. Assassin’s Creed Rogue delivers a unique twist on the story by putting players on the enemy side, for once, and offering a view as to how the Templar Order proceeds with its mission. 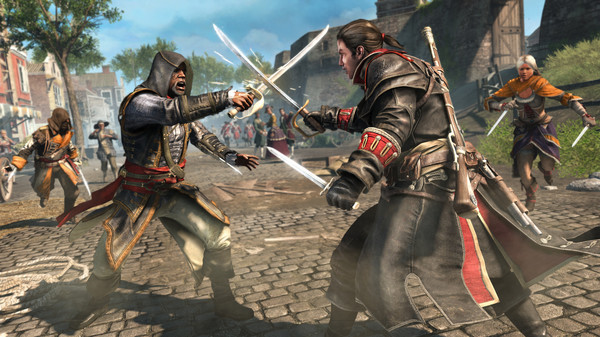 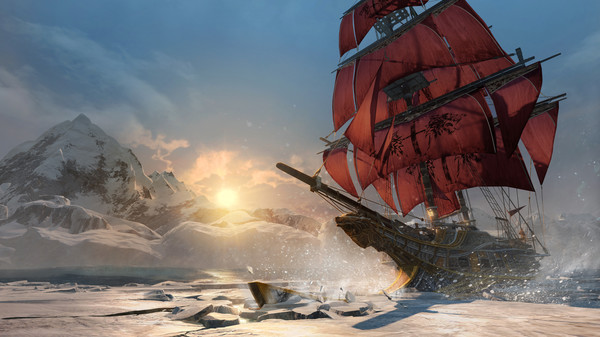 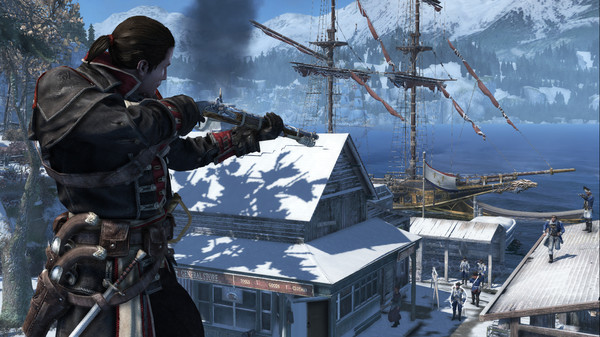 In 18th century, North America. Amidst the chaos and violence of the French and Indian War, you will take on the role of Shay Patrick Cormac, the rogue assassin that will turn against his brothers and fight alongside the Templars.

As Shay, you will experience the slowly transform  from Assassin to Assassin Hunter. Follow your own creed and set off in an epic and extraordinary journey through New York City, the wild river valley, and far away to the icy cold waters of the North Atlantic in pursuit of your mission- bringing down the Assassins for good. Introducing Assassin’s Creed® Rogue, the darkest chapter in the Assassin’s Creed series just yet.

Become the Ultimate Assassin Hunter – For the first time ever, experience the Assassin’s Creed universe from the perspective of a Templar. Play as Shay, who, in addition to the deadly skills of a Master Assassin, also possesses never before seen skills and weapons:

o             Equip Shay’s deadly air rifle for both short and long range combat. Distract, eliminate, or confuse your enemies by using a variety of ammunition, including specialized bullets and grenades

o             Protect yourself from hidden Assassins with your enhanced eagle vision. Constantly assess your surroundings and detect Assassins hiding in the shadows, on rooftops, and in the crowds

Slowly Descend into Darkness – Witness Shay’s transformation from an adventurous Assassin to a grim and committed Templar willing to hunt down his former brothers. Experience first-hand the events that will lead Shay down a dark path and set him on a course that will forever change the fate of the Assassin Brotherhood.

New and Improved Naval Gameplay – Cast off in your ship, The Morrigan, and fight your way through the icy seas of the North Atlantic and the narrow waters of America’s river valleys. Assassin’s Creed® Rogue builds on the award winning naval experience from Assassin’s Creed® IV Black Flag™ with all new gameplay including:

o             New enemy tactics: Defend yourself from Assassins as they attempt to board your ship and overthrow your crew. Fight them off quickly to avoid losing too many crew members.

o             New weapons: Including burning oil, which leaves a trail of fire behind to burn enemy ships, and the puckle gun, capable of delivering continuous machine-gun-like fire.

o             An arctic world full of possibilities: Ram through ice sheets to discover hidden locations and use icebergs as cover during naval battles.