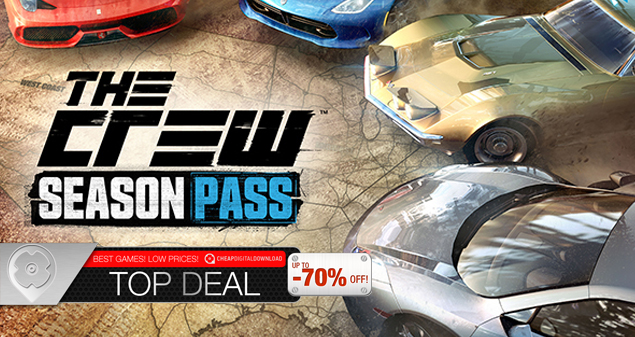 Check out what’s in store for you in The Crew’s Season Pass!

Aside from getting a garage full of “gaming goodies” first, Season Pass holders will also get 2 exclusive cars on The Crew’s launch date – the McLaren 12C and the Ferrari 458 Speciale. Additional content plus 23 additional tuning kits are also included, along with early access to 4 DLC car packs – which, by the way, includes 3 cars per pack (2 cars and 1 supercar each)… for a total of 12 additional cars. 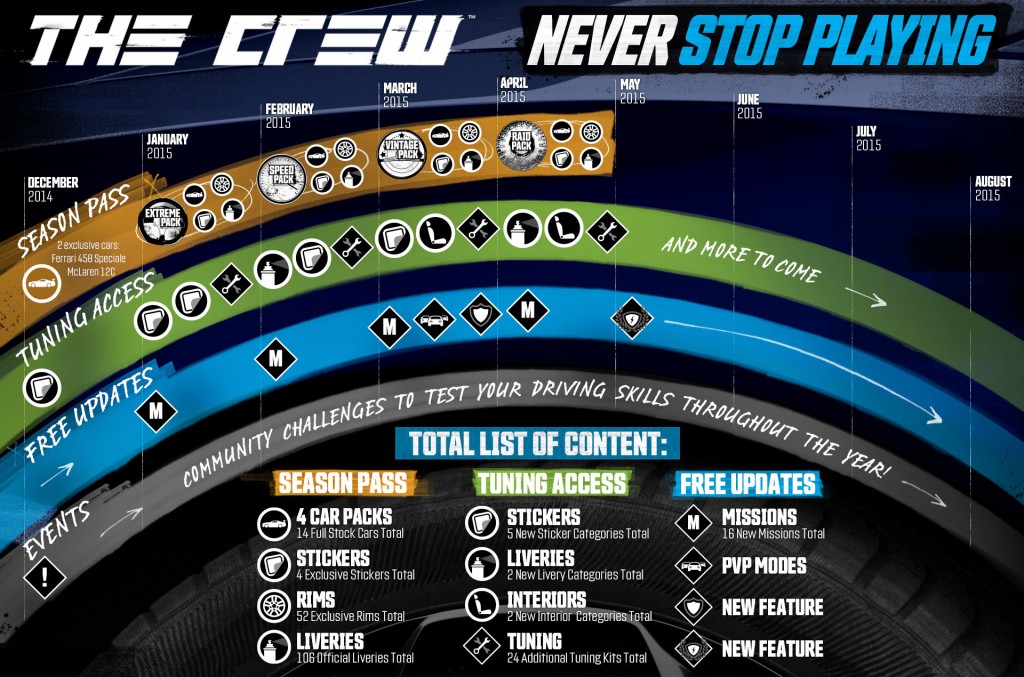 Raid Car Pack. When heading off the beaten path, you can’t do better than these all-terrain vehicles. Available April 2015

I think this is the best raceing game,i will be try it