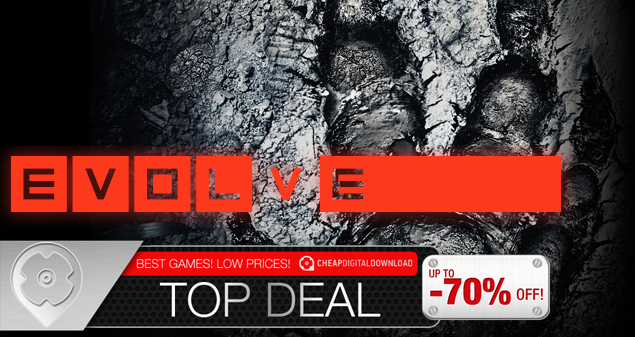 From Turtle Rock Studios, creators of Left 4 Dead, comesEvolve, the next generation of multiplayer shooters where four Hunters face off against a single, player-controlled Monster in adrenaline-pumping 4v1 matches. Play as the Monster to use savage abilities and an animalistic sense to kill your human enemies, or choose one of four Hunter classes (Assault, Trapper, Medic and Support) and team up to take down the beast on the planet Shear, where flora and fauna act as an adversary to man and monster alike. Level up to unlock new Hunter or Monster characters as well as upgrades, skins, and perks. Earn your infamy on the leaderboards and become the apex predator.

4V1: Grab three friends and hunt the monster or stalk the humans as the evolving beast. Whichever side you choose, you will have access to powerful weapons and abilities that deliver balanced, competitive gameplay.

Hunt Together or Die Alone: Choose a hunter that fits your play style. Whether you play as the Trapper, Support, Assault, or Medic, every role is vital and teamwork is key in surviving an encounter with the monster.

Beast of Prey: As the monster – the lone predator – you are the boss battle. Use savage abilities and an animalistic sense to wreak havoc, kill the humans and prove you are the dominant species.

Savage Planet: Neither flora nor fauna are friendly on planet Shear. Fall victim to natural hazards or use them strategically against your prey.

Character Customization: Level up to unlock new upgrades, skins and perks for your favorite class: hunter or monster. Earn your infamy on the leaderboards and become the apex predator

If you like teamwork, you’re a natural Hunter. Each class has unique skills that can devastate the Monster when properly coordinated.

ASSAULT – Their name pretty much sums it up. Anything looking down the wrong end of their guns winds up dead, fast.

TRAPPER – These Hunters are the best of the best at tracking the Monster and pinning it down.

MEDIC – They keep the team alive and kicking. Luckily, their oath to “do no harm” doesn’t apply to Monsters.

Everyone loves a good boss fight. Here’s your chance to play the other side and massacre four Hunters.

KRAKEN – If the dictionary ever decided it needed a new word to describe the mix between waking nightmare and ungodly horror, it would undoubtedly include an image of Kraken. This tentacled monstrosity unleashes electric death on Hunters who get too close and even those who think they are safely out of range. 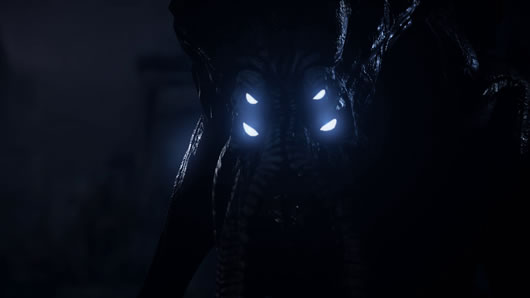 GOLIATH – Goliath woke up on the wrong side of angry this morning. Little is known about this Monster because scientists studying the beast wind up getting torn in half. Proving just how unfair natural selection can be, Goliath can not only punch through the hull of a starship, it can also breathe fire. 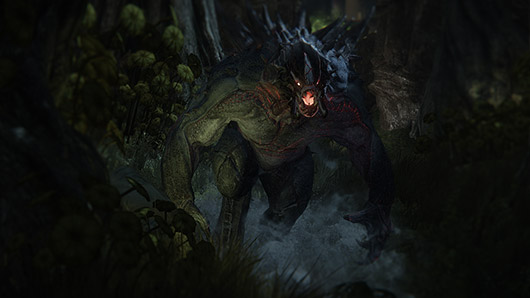