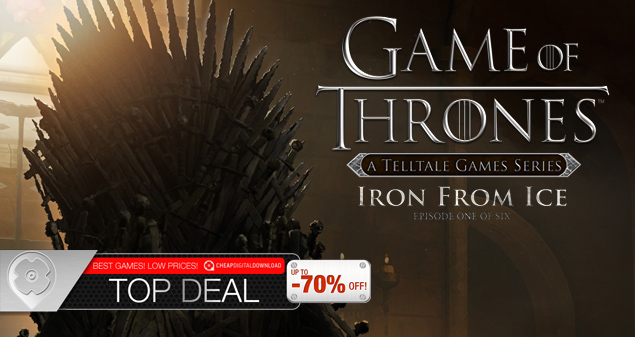 Telltale Games brings you to another adventure-filled story experience in the video game adaptation of the award-winning TV drama from HBO, Game of Thrones. Caught up in the events of the War of the Five Kings, players will play as one of the members of House Forrester – either as a direct family member, or a person in service to the House – and being a member of the House means you have to do everything you can to protect the House from utter destruction. The game will be played in five viewpoints, so players will be able to take on the role of all the members of House Forrester.

Bearing Telltale Games’ signature choice and consequence story style ( a “tailored story” as how Telltale Games describes it), your Game of Thrones experience may come out differently as compared with other players, as the choices you make within the game will affect how the story runs. The events in the game series will take place based on the events that happened “towards the ending of Season 3 and right before the beginning of Season 5” in the TV drama. The game will be released in six episodes, with each one being released four to six weeks apart.

I want this game 😀 btw, I love the website, great deals 🙂