Top Deal | Heroes of the Storm 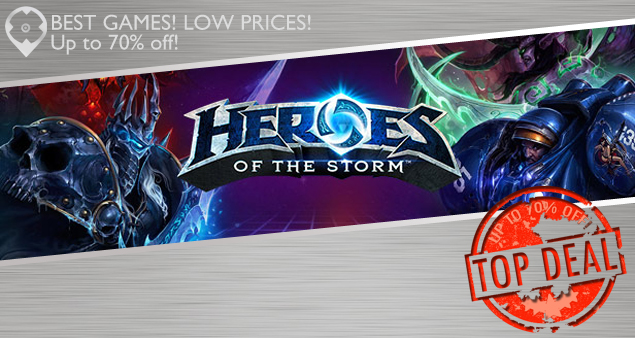 Prepare for countless hours of fun with Heroes of the Storm, an MOBA like no other featuring a wide variety of champion roles and plenty of maps to play on. In addition, the game is very pretty and has lots of nice little touches, like trying champions before purchasing them, different color schemes, and daily quests to make you feel involved. And let’s not forget: you get to play as one of your favorite Blizzard heroes! 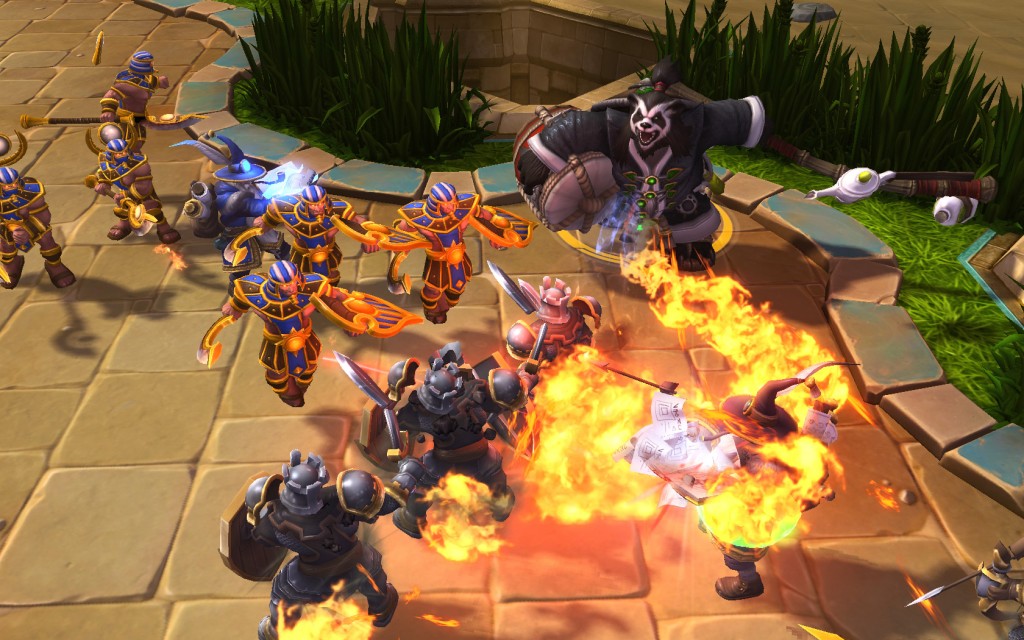 The developers describe this game as a fresh take on the MOBA genre. That is true to some extent as it does feature stages with different objectives. It’s a shorter game compared to other MOBAs, so if you are not a big fan of long fights this is a perfect quick pick-up game. Matches typically take no more than 15-20 minutes and is a great way to introduce gamers to MOBAs because of its simple yet unique gameplay. Unlike earlier MOBA games dropping item management and shared experience promotes great teamwork among players, hence it’s more fun to play with friends. 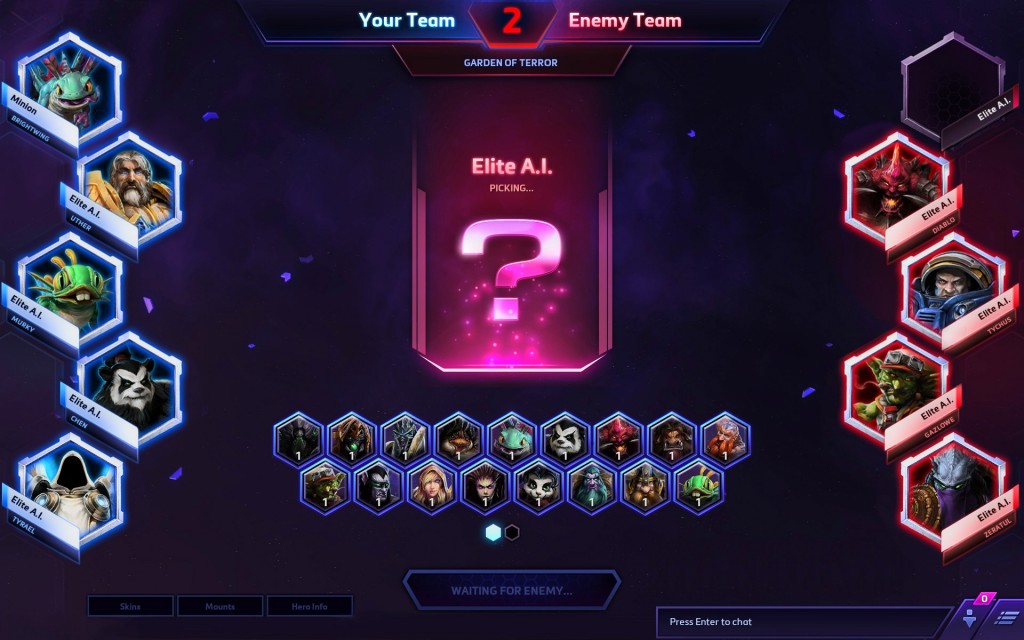 BLIZZARD HEROES IN A NEW LIGHT

Heroes represents more than 20 years of Blizzard gaming history, settings, and iconic characters, all mashed up into an epic, off-the-wall team brawler. Fight out classic showdowns such as Tyrael vs. Diablo and Arthas vs. Uther, or settle those late-night debates you’ve had about who’s the stronger leader—Raynor or Thrall? Could Zeratul take down Illidan in a fight? Who’s more badass . . . Kerrigan or the Demon Hunter from Diablo III? The combinations of Blizzard heroes and universes are endless.

YOUR HERO, YOUR WAY

Heroes of the Storm offers plenty of ways to customize how your hero fights and looks. You’ll choose from an array of unique masteries, heroic abilities, and combat styles that can fundamentally change the way each hero does battle. Skins round out the appearance of your hero, while mounts get you around the battleground in speed and in style. Is that Raynor riding a rainbow pony?

A FRESH TAKE ON THE TEAM BRAWLER

Heroes of the Storm concentrates the intense battles and back-and-forth gameplay of online brawlers into fun, quick, action-packed matches. Though you can knock out a few games pretty rapidly, you may find yourself constantly wanting to jump into “just one more” game. 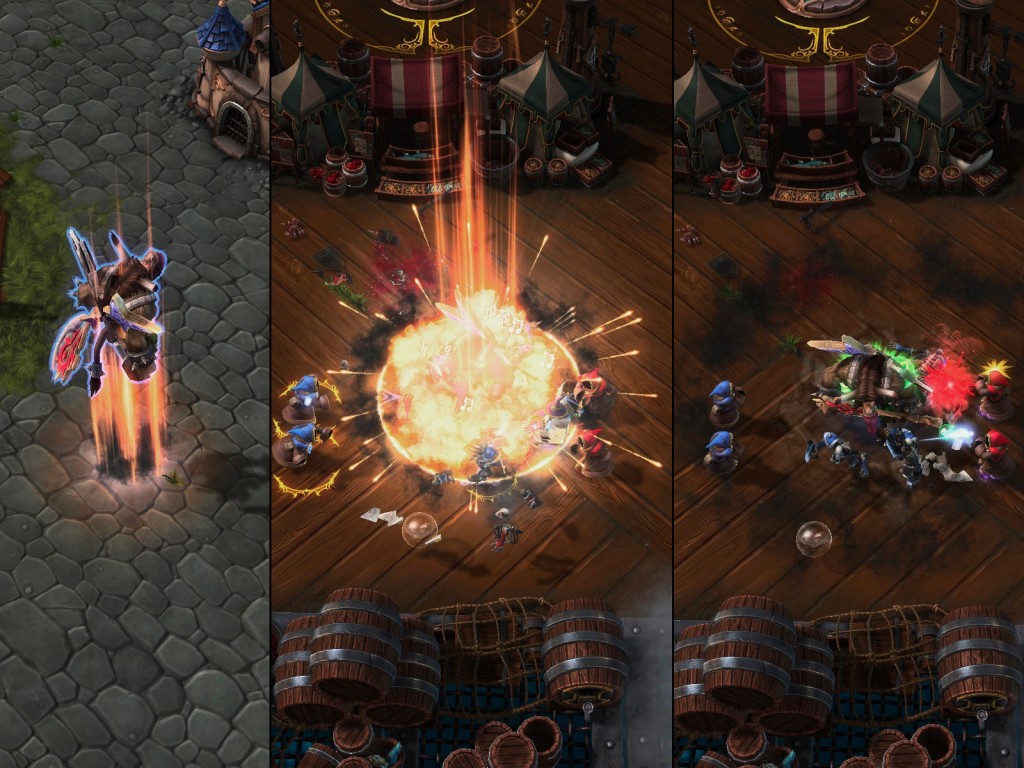 Heroes features approachable team-based play without sacrificing depth or variety. Whether it’s joining with allies in a group fight, or working together to overcome each battleground’s unique challenges, you’re rewarded for playing as a team. And the hero roles run the gamut from stone-cold death-dealers, to town-razing specialists, to pure healers—each capable of making distinct, valuable contributions to their team’s war effort. The game even includes some very specialized heroes, like Abathur, who offsets his lack of head-to-head impact with special abilities that affect the entire battleground.

Heroes of the Storm has a number of unique battlegrounds, each of which is characterized by a core, legendary event that shapes the strategy for the entire match. One battleground features a ghostly pirate ship, whose captain will accept payment of gold doubloons in order to train his ship’s cannons on enemy positions. Another battleground includes an underground level, where bones must be collected to summon a fearsome golem to attack your enemies aboveground.

Friendly and enemy towns dot the pathways between each base, and each town includes structures such as gates to prevent enemy movement and healing fountains for health and mana regeneration, in addition to a protective guard tower. Capturable watchtowers also mark important positions on many battlegrounds, offering vision on key areas.

THE NATIVES ARE RESTLESS

Unique mercenary camps are also sprinkled throughout the battlegrounds; subdue the mercenaries there and they’ll fight on your side and push toward the enemy base. Even the endless waves of minions that fight for each side can vary in abilities from match to match. Some minion groups include standard melee and ranged attackers, while other groups include healers and other surprises.