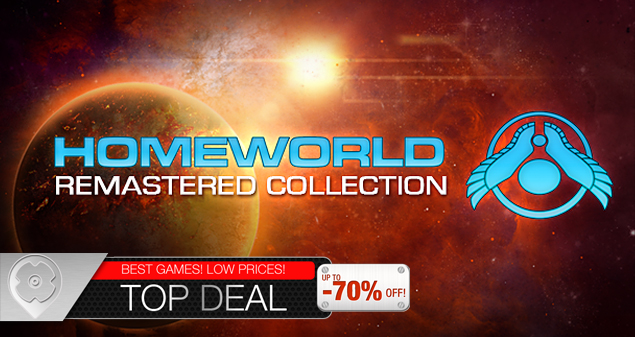 Feel the nostalgia as we welcome the epic space strategy games that defined the RTS genre: Homeworld Remastered Collection. Take control of your fleet and build an army across more than 30 single-player missions. Choose units of your choice, plan fleet formations and flight tactics for each strategic situation. Feel free to utilize advanced research to construct ships ranging from light fighters to huge carriers.

Homeworld Remastered Collection offers an environment you can clearly explore, giving you time to plan your next move and manage your resources. Also, ships you built get carried over to the next level, so you can completely max out all resources in one level and create as many ships early on to make a powerful army. 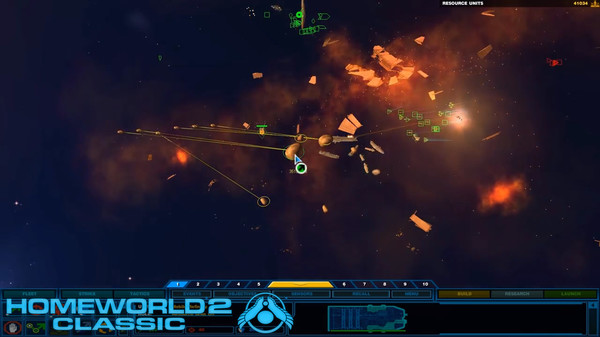 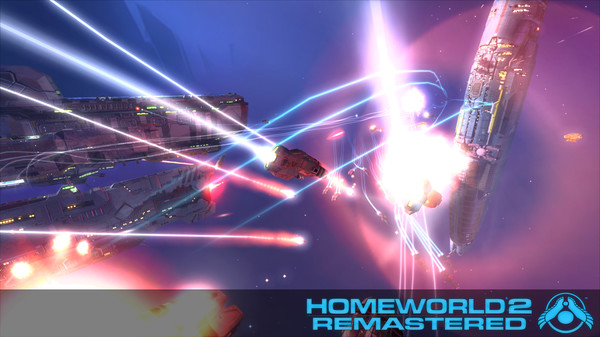 The story starts upon discovery of the Guide Stone 100 years ago deep in the equatorial sand of the planet Kharak. Its origins have come into question. Now, after 100 years of technological advancement and careful study, there is one inescapable revelation: we do not belong here. We are the last of our kind, and we will pledge ourselves to one goal – we must return home! This mission will be our last, and we will do everything to accomplish it!

As a bonus, you will also receive free access to: 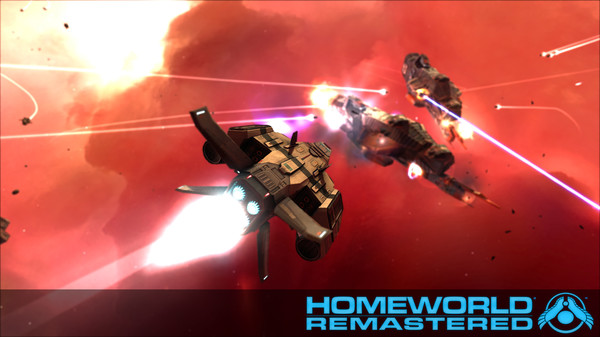 Build and battle with more than 100 space ships

Bonus archival versions of Homeworld Classic and Homeworld 2 classic, preserving the purest form of the original releases with compatibility for modern operating systems