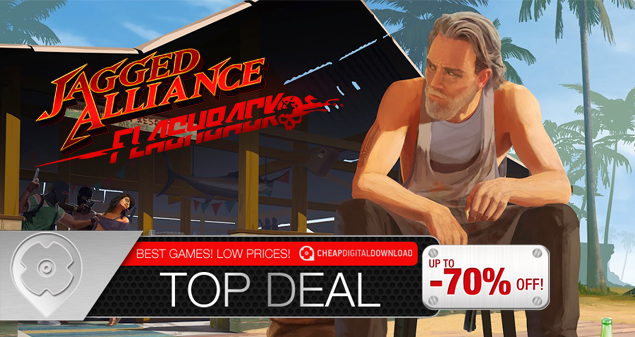 Take your management skills to the test with Jagged Alliance Flashback! Lead your mercenaries into battle as you fight for democratic freedom for the island group of San Hermanos and oust its corrupt leader. With its turn-based tactical battles, you’re sure up for a challenging experience as you also need to manage your resources wisely. It’s all up to the choices and decisions you make.

More features about the game will be announced as the time for its release draws near. 🙂