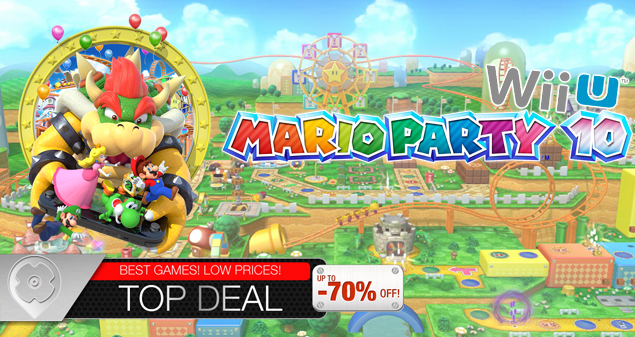 If you love Mario Party 9 then we have good news for you! Mario Party 10 is looking even better! You can now enjoy the series in HD for the first time ever! Along with Mario Party 9, this game introduced a new style of gameplay and became a fresh new take on the series.

You can now play as Bowser and crash the  Mario Party. Play the Bowser Party mini-games, and face off against up to four others playing as Mario and friends. Take control of Bowser using the buttons, motion controls and touch screen of the Wii U GamePad controller in different ways, and wreak havoc as Bowser in each mini-game while the other players struggle to survive.