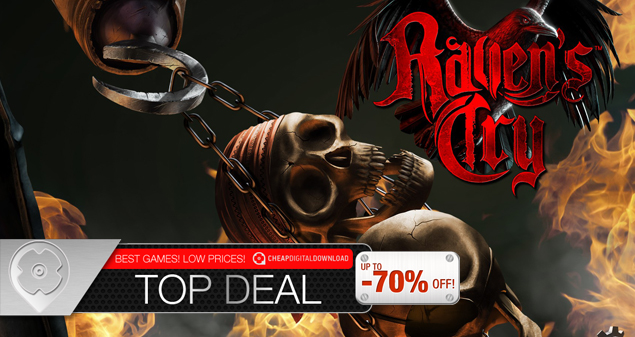 Join Christopher Raven in his quest for vengeance over his family’s death on Raven’s Cry. Set in the Caribbean, the game includes “3 acts of adventure and discovery” as well as brutal clashes whether on land or at sea, battles against enemies and the elements, and treasure hunts.