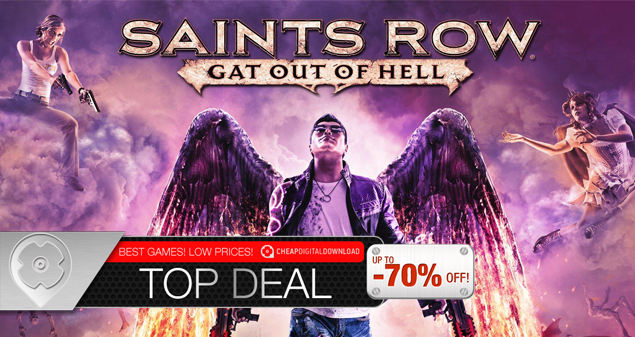 SAINTS ROW GAT OUT OF HELL

Saints Row: Gat Out of Hell, an open world action-adventure game, is a standalone expansion to Saints Row IV, meaning players do not need a copy of Saints Row IV to play Gat Out of Hell. Alone with a brand new adventure, Johnny Gat is on a mission to tear up Hell and shoot the Devil in the face.

It’s a crazy adventure where players get to control Johnny Gat or Kinzie Kensington in an open-world setting. In this installment, Johnny and Kinzie must reunite with deceased enemies and former Saints in order to stop Satan and his evil plot. 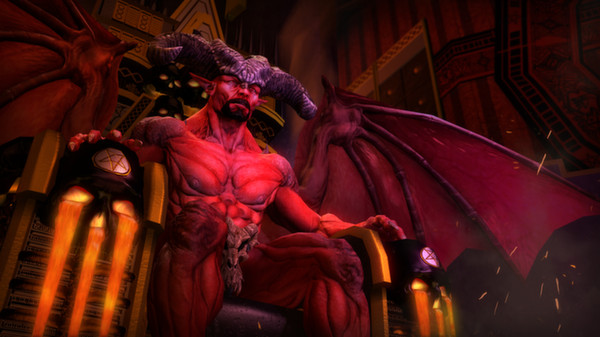 It shares the quite a lot of similarities with the previous installments, but this time you get wings (yes, you get to fly) and superhuman abilities. This open world setting is so much fun as you can explore the place and unlock quests, secondary objectives and various rare collectibles. Saints Row is guaranteed to be so much fun and therefore a  game you won’t want to miss!

An Open World from Hell – Wage war against the Prince of Darkness through-out the 5 unique districts of hell any way you want: rescue allies, pick a fight with nightmarish Arch-Dukes, rob Satan’s soul processing plants… dozens of options await you in an all new city unlike any that’s been seen in Saints Row before.

New Supernatural Powers –The acclaimed super powers of Saints Row 4 are back with a hellish twist – Soar through the air on fallen angel’s wings, summon devilish imps to attack your foes, and surround yourself in a divine aura that forces all to worship you.

Outrageous Weapons – Put the 7 deadly sins to good use with an arsenal of underworld themed arms: fire exploding frogs at enemies, shoot swarms of locusts, and even deal destruction from afterlife’s most comfortable (and lethal) armchair.

Kill Dex – We promise you can do it this time. Pinky swear.