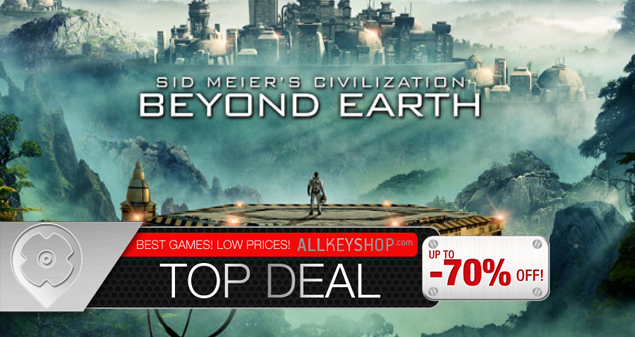 A new beginning for mankind lies in your hands. Sid Meier’s Civilization Beyond Earth brings players to an all-new level of turn-based strategy through this science fiction-themed release from the Civilization series. Explore new worlds and colonize an alien planet, research new technologies, gather your own army, build world Wonders, and see the new world unfold right in front of your eyes.

Seed the Adventure: Establish your cultural identity by choosing one of eight different expedition sponsors, each with its own leader and unique gameplay benefits. Assemble your spacecraft, cargo & colonists through a series of choices that directly seed the starting conditions when arriving at the new planet.

Technology Web: To reflect progress forward into an uncertain future, technology advancement occurs through a series of nonlinear choices that affect the development of mankind. The technology web is organized around three broad themes, each with a distinct victory condition.

Unit Customization: Unlock different upgrades through the tech web and customize your units to reflect your play style.

Multiplayer: Up to 8 players can compete for dominance of a new alien world.