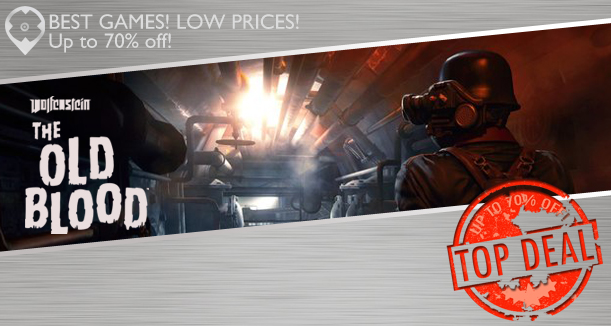 You take on the role of B.J. Blazkowicz, a war hero on his way to fulfill his destiny and save the world from the evil of the Nazis. Take up arms and equip yourself with new weapons such as the new bolt-action rifle and a grenade launcher as you put an end to the Nazis’ winning streak. 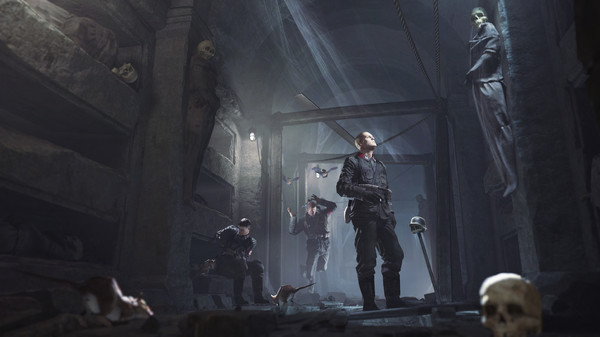 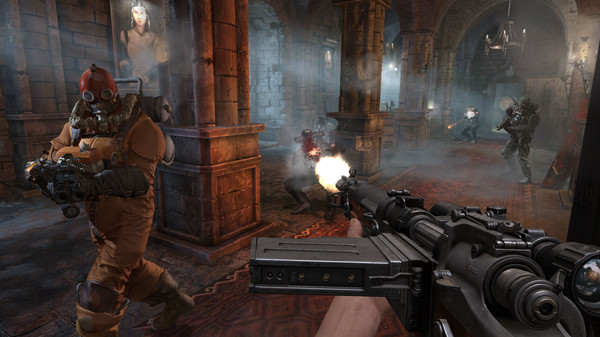 The year is 1946 and the Nazis are winning the war. In a desperate attempt to turn the tables in the allies’ favor, B.J. Blazkowicz has to go on a dangerous journey deep within Bavaria. He will need to complete two missions that will determine the result of the war.

Part one of Wolfenstein: The Old Blood – Rudi Jäger and the Den of Wolves – pits BJ Blazkowicz against a dangerous prison warden as he breaks into Castle Wolfenstein in an attempt to steal the coordinates to General Deathshead’s compound.

In the second part – The Dark Secrets of Helga Von Schabbs – our hero’s engages in a search for the coordinates that will lead him to the city of Wulfburg where an obsessed Nazi archaeologist is digging out enigmatic artifacts that threaten to unleash an evil and monstrous power.

Experience MachineGames’ intense first-person combat as you brandish all-new Nazi-inspired weapons such as the bolt-action rifle, 1946 shotgun, and the grenade-launching Kampfpistole. Unlock your potential with a new set of perks for hi-octane action and vicious stealth take-downs.

Go up against a new cast of vicious villains and enemies, including legions of hulking new Super Soldiers, elite shock troops, drones and the darkest and most terrifying Nazi creations yet.