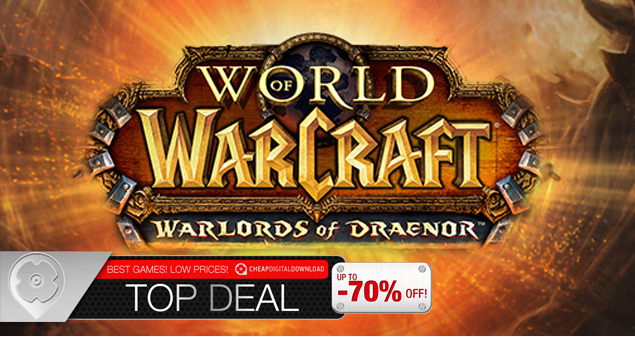 NOTE: World of Warcraft Warlords of Draenor requires a  WoW account with WoW Mists of Pandaria activated on

WoW Warlords of Draenor is the fifth expansion to World of Warcraft. This expansion will raise the level cap from 90 to 100, and will upgrade player character models of races released before Cataclysm. The story is set after the events that transpired in Mists of Pandaria and takes place in an alternate universe called Draenor.

Carve a Path Through History

It is the era of an Old Horde, forged with steel rather than fel blood. A union of great orc clans, the Iron Horde, tramples the planet Draenor beneath terrifying war machines. Azeroth falls next. Worlds uncounted will follow.

You must mount a desperate charge on Draenor – savage home of orcs and adopted bastion of stoic draenei – at this pivotal moment. Your allies are legends from across time; your fortress a foothold in an alien land. Lead the armies of one world against another…before the future itself is unmade. 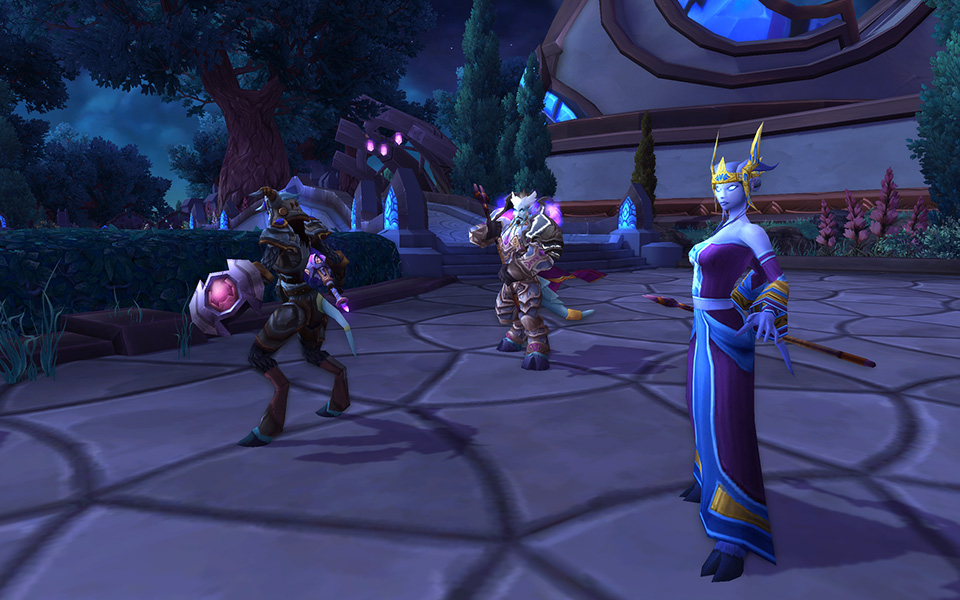 With Warlords of Draenor, Classic Warcraft races sport higher detail, updated animations, and new visuals that reflect the soul of their original models: teeth, bones, beards, ’hawks, and all. Look ready for action. Be ready for action.

Opposing the Iron Horde are the heroes of Azeroth—at the heights of power they’ve always been destined for. Even if you’re new or returning to the game, Warlords empowers you to boost one of your characters to level 90 and master new abilities at the gateway to Draenor, so that you can charge into grand combat right away. Play the races and classes you’ve always wanted to try, wage war alongside your friends, and take your place among Warcraft’s finest.

To clash with the greatest army Draenor has ever known, you’ll need your own forces and your own fortress. Construct a mighty garrison: an enduring home base integrated seamlessly with the world, not a hiding spot far from the action. Customize it with specialized structures like farms, stables, armories, workshops and more. Establish trade routes and unlock new quests, gear and pets to support your war for Draenor. Recruit stalwart followers to man your base, and send them to loot dungeons, fulfill missions, and craft items, even if you’re offline. Tame a deadly realm, and build an unbreakable monument to victory.

Before the orcs first invaded Azeroth, the Iron Horde rose to dominate a historic age. Only the heroes of past and present still defy the warlords of Draenor. Through a refined, flexible questing system, you’ll meet storied heroes and villains in battle without slowing your exploration of a forbidding land. As you and your allies win victories, you’ll be duly rewarded—any quest can randomly award bonus rare or epic items. Stand beside legends. Break the tide of steel.