Torchlight 3 Character Classes: Get to Know Each of Them 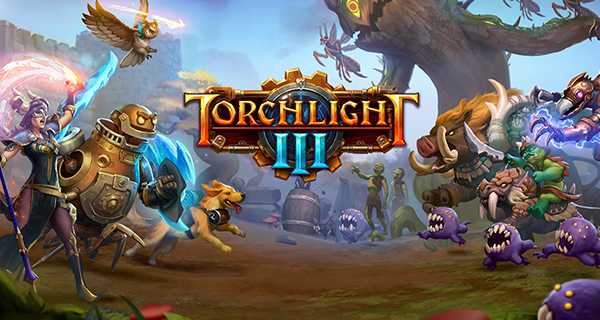 Torchlight 3 has launched in Early Access, and a lot of discussions about the game’s character classes have emerged. Let’s have a look at each of them so far and how they work, with some of their skills explained.

The Sharpshooter is the newest Torchlight 3 class. It is a ranged specialist that uses guns, bows, and magical trinkets to deal ranged damae. It also has a host of area effect abilities that could take down enemies.

Scatter Shot – Deals a burst of cone damage with projectiles using your weapon. Hold it down to increase its damage.

Sacrifice to Goose – Summons the spirit of Goose, the great eagle. He knocks back enemies and applies damage vulnerability

The Railmaster is the most unique Torchlight 3 class as they can build and control trains. They deal powerful attacks by sending trains down the tracks.

Add Track – The Railmaster will lay tracks behind themselves until the skill is canceled. Enemies are attacked using a gun turret train car that moves down the track when deployed

Mortar Car – The train gains a Mortar Car that fires explosive payloads at enemies. Activating this skill will launch an incendiary round that deals fire damage over time.

Shield Car – Reduces damage to allies that are within the range of the Shield Car’s effect. Activating this skill creates a larger, stronger shield area for a short time

Pound – Deals weapon damage, plus a chance to stun enemies, when the Railhammer is slammed against the ground

Forge is Torchlight 3’s mech class. This is also dubbed as the most flexible out of the current ones. It has high maneuverability, an extra weapon slot on the chest, as well as the ability to use weapons, melee, and magic. It takes advantage of single target and area of effect damage and debuffs.

Rapid Fire – Fires a torrent of bullets for cannon damage

Sonic Pulse – A pulse that exposes enemy weaknesses, increases damage, and has a chance to stun enemies

Ramming Robot – Charges headlong into enemies, dealing weapon damage and knocking them back

The Dusk Mage is the natural magic wielder of all the classes. It is a ranged character that relies on its slows and debuffs to enemies. It can buff allies and debuff enemies depending on the ability trees that choose.

Consecration – Buffs allies within your circle with bonus damage, then splits off to deal damage that’s equal to itself

Damnation – Corrupts an area and makes all enemies inside do reduced damage. Slaying an enemy in the area gives back mana

Torchlight 3 is truly a unique game, and the different character classes make it stand out. You can get it on Steam Early Access, and hopefully it fully launches later this year.