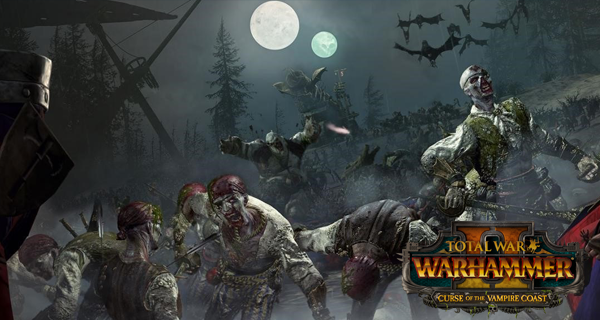 If you haven’t seen the new trailer for the DLC, we are sharing it below for you to give you an idea of what it is all about.

Also, the official description states that:

“It was the undying lord Luthor Harkon that laid claim to a stretch of Lustria’s east coast. Ever since, it has been a domain where the dead stir, leading expeditions into the jungle interior or setting sail across the Great Ocean to commit wanton acts of piracy. But the insane Arch-Commodore Harkon is not the only unliving admiral who takes to the seas with pistol-armed crews of zombies, vampiric depth guard, syreens and mournguls… there are other pirate lords who command dreadfleets of their own, packed to the gunwales with crews press-ganged into eternal service…”

You can also check the best rate for this Total War Warhammer 2 expansion with us here at Cheapdigitaldownload.com through our trusted stores that offer the best prices for games.