The Uncharted: Legacy of Thieves Collection was made available for the PlayStation 5 this January and it could possibly have a PC launch this year as well.

Since the Uncharted collection was made available for the PlayStation consoles, those who would want to play the game for PC are hoping to play it too.

According to SteamDB, the PC version would be available on July 15, 2022. However, this could possibly be just a placeholder date.

SteamDB creator, Pavel Djundik said that Valve usually puts release timestamps in the API of Steam so that it can be seen for all of the games listed, even those that not yet released.

Djundik added that “Steam requires setting a planned release date (even if the page says coming soon) for games to have a store page”. 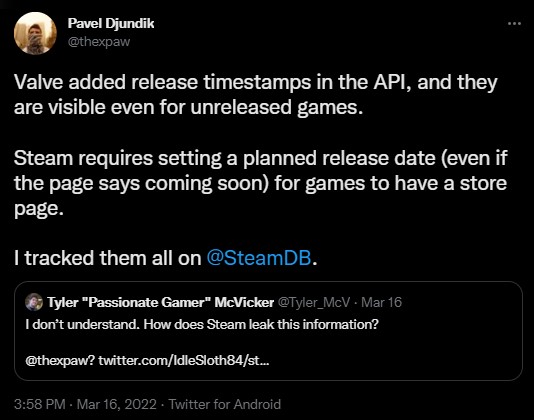 Uncharted 4: A Thief’s End will have players going on an adventure as Nathan Drake. He is a retired treasure hunter who is forced to come back to the world of thieves because his brother’s life is in danger.

In Uncharted: The Lost Legacy, players will be following the story of Chloe Frazer who goes to the Western Ghats of India with Nadine Ross who is a famous merc in order to get an ancient artifact. In her journey, Chloe is hunted by her past, and must make an important decision that will ultimately shaper her future.

Get you Uncharted: Legacy of Thieves Collection for PC here at Cheapdigitaldownload.com to get the best deal around!