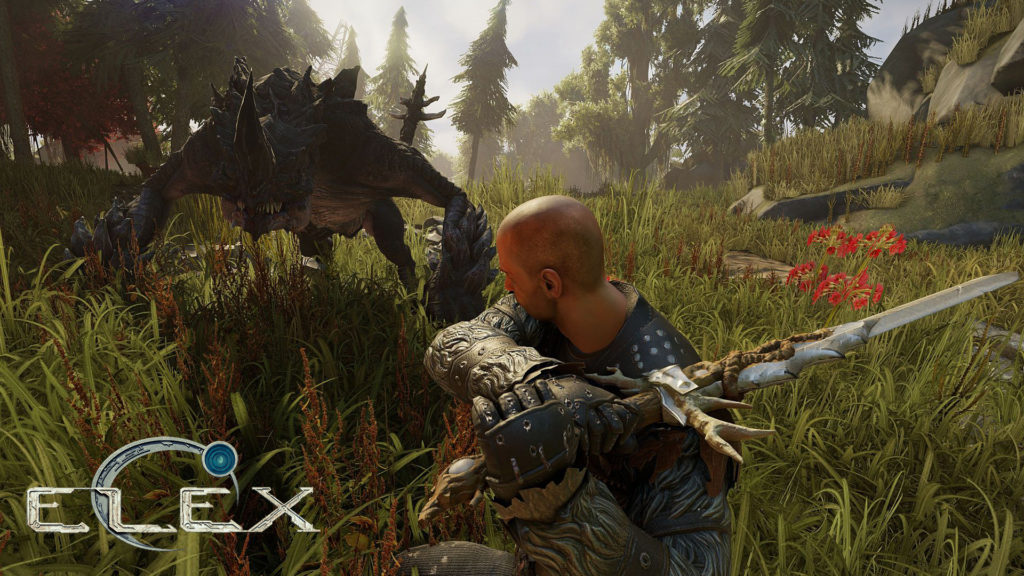 THQ Nordic, the makers of the Risen series has a new sci-fi role-playing game called ELEX launching this month. ELEX which stands for Electric, Lavish, Exhilarating, Xenial is the newest vast open world game from the studio. The game’s official launch date is October 17, 2017, available on PC, PS4, and Xbox One.

The game is set on a planet called Mayalan. This planet went through hard times since it was hit by a meteor. There are very little survivors, those who are left had to fight for their survival as well as retrieve the limited and precious resource called ELEX. ELEX is very valuable because it is able to power machines, give magical powers as well as “resculpt” life into new forms.

You will get to play as a former faction member of the group called Albs. There are different factions fighting for the precious elements called ELEX. Members from Albs use the substance in order to get rid of emotions in order to make decisions that are based on “cold synthetic logic”. The character that you will be playing suffers a crash using a jetpack, he then suffers from withdrawal from the substance and eventually experiences emotions for the first time. Because of this, he was said to be a traitor and he must hide his identity from all the other factions that he fought with.

ELEX’s gameplay will let the character use firearms as well as swords. As the game progresses, magic will also be available to use. As mentioned earlier the game is set in a huge open world that could be explored freely, there will be no boards and no loading zones. Verticality can also be explored with the use of his jetpack. What’s amazing is that the game world is simulated to react to the actions of players. A more authentic player experience is promised because of the highly interconnected quest system.

Watch the gameplay video in order to know more about ELEX.