Vampire: The Masquerade – Swansong introduces three new vampires that you will be able to play in the game.

Nacon has shared a series of videos in preparation for the launch of Vampire: The Masquerade – Swansong this coming May 19, 2022. The videos feature the three vampires that you will be able to play in the game.

The three vampires that Swansong brings are Galeb, Leysha, and Emem. Each of them have their own Vampiric Disciplines. Players are able to switch from one character to another over the course of the game. The decisions that you make with each character will resonate throughout the game’s story.

The series of videos that have been shared are Character Spotlight videos where we get to see how the developers came up with the additional characters as well as their backstories. You can watch all three videos below.

Galeb is the oldest vampire that is left in Boston when all the Elders left. He is from the Ventrue clan and is the Prince’s right-hand man. He is also one of the most powerful vampires and is highly respected. He is faced with a problem between staying by the side of the Prince or joining the Elders.

Since Galeb is the most powerful, he has 4 Disciplines as compared to the other two which only have three. He has the power to withstand physical weapons during missions as well as mental attacks from other vampires. Also, since he has the most interactions with mortals, he is the one being sent out for Camarilla missions.

He is known as a strong problem solver and a warrior. He exudes a cold and tough presence with lots of class.

From the Clan of the Rose is Emem and is from the world of showbiz. She is a popular figure in Boston and owns some cabaret clubs. Her clubs are in neutral zones where the clans are not allowed to fight. Her goal is to expand her cabaret network with the help of the Prince. The Price is working with her because he wants her to reach Hilda of the Toreador clan.

Emam is in love with Hilda and to keep their relationship, “the embrace” has been requested.

A great negotiator is what Emem is known for instead of being an investigator. She is able to influence as part of her Discipline as well as her skill of persuasion, psychology and etiquette which are human skills.

Leysha also works for the prince and is a Malkavian. She has a daughter that she loves and she doesn’t care for anything or anyone else.

She is known as the vampire who is able to see the future in Boston but has a hard time remembering her past. And since this is the case. She wants to discover what her past is all about.

Leysha oftentimes go on undercover missions to gather information. Halsey, her daughter usually comes with her during her missions as an NPC. Her discipline is called Auspex which is awareness and perception. 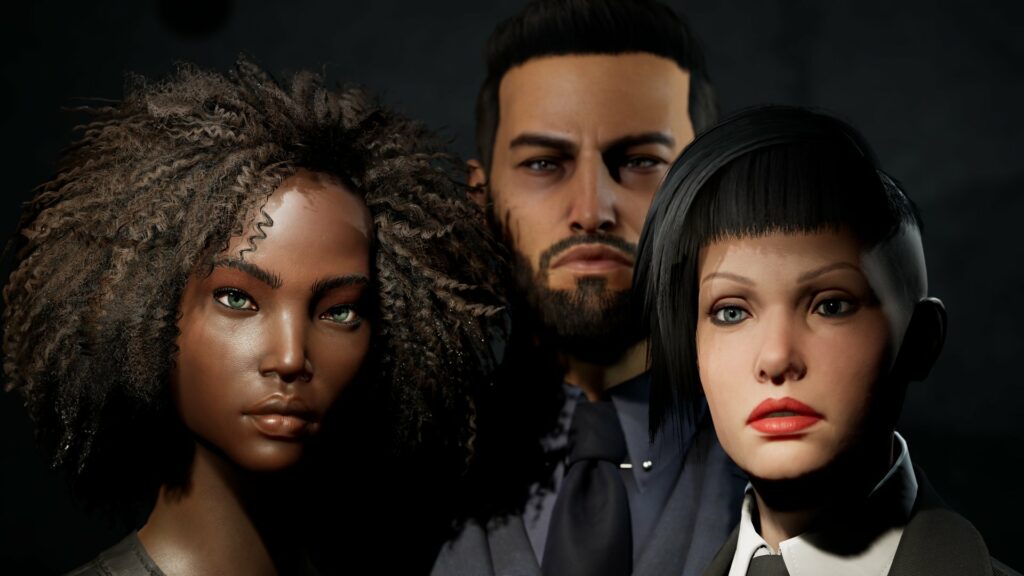 Vampire: The Masquerade – Swansong offers the interconnecting lives of the three new vampires as they make choices in the game that will change the date of Boston.

This will be available on May 19, 2022 via the Epic Games Store, PlayStation 4, PlayStation 5, Xbox One and Xbox Series X|S.