Watch Dogs Legion Editions | What’s The Best Edition For You?

Everybody is excited about the coming of the next-generation consoles as well as the games that will be available for them upon their launch. One of the games is Watch Dogs Legion and we have the editions as well as what comes with each edition listed here for you. Do note that when you pre-order any of the game’s versions, it will come with: 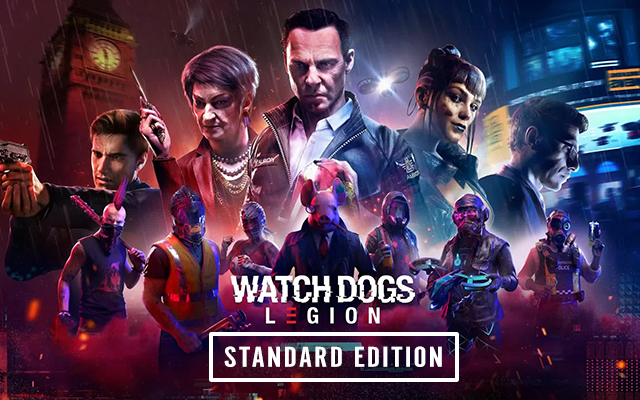 The Watch Dogs Legion Standard Edition includes the base game only. Although, the game is amazing enough, pre-ordering or getting the other editions gives you a little bit extra for your enjoyment. 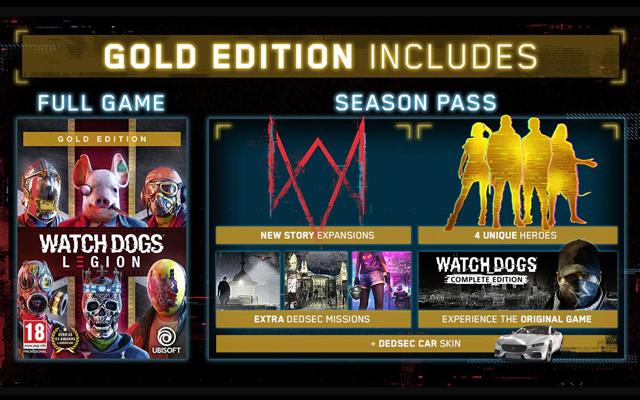 The Watch Dogs Legion Gold Edition includes the base game plus the game’s Season Pass. The Watch Dogs Legion Ultimate Edition includes the base game, Season Pass and the Ultimate Pack.

The Ultimate Pack comes with:

Note: The UPLAY+ Edition is the Ultimate edition version available in Uplay+. This does not come with the 4 weeks VIP status. 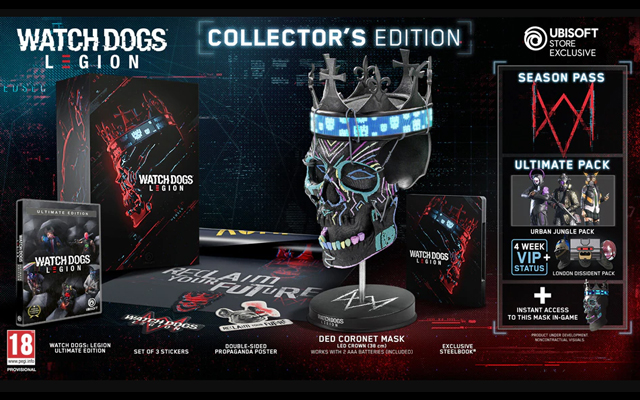 There are also a few different versions of the editions depending on the reseller and country.

The Resistance Edition (Only available in the UK): 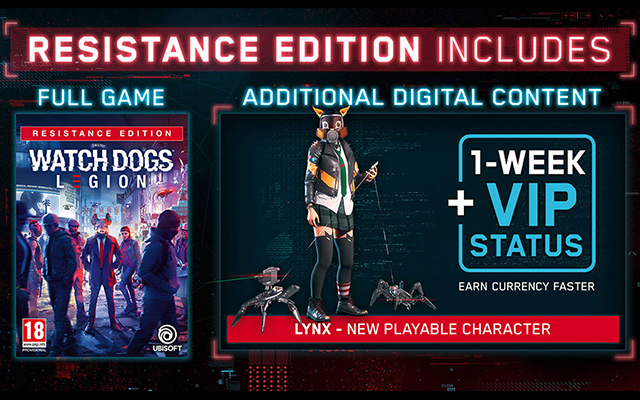 This has the Ultimate Editon plus a Steelbook from the Collector’s Edition. The Limited Edition (Available on most online retailers): 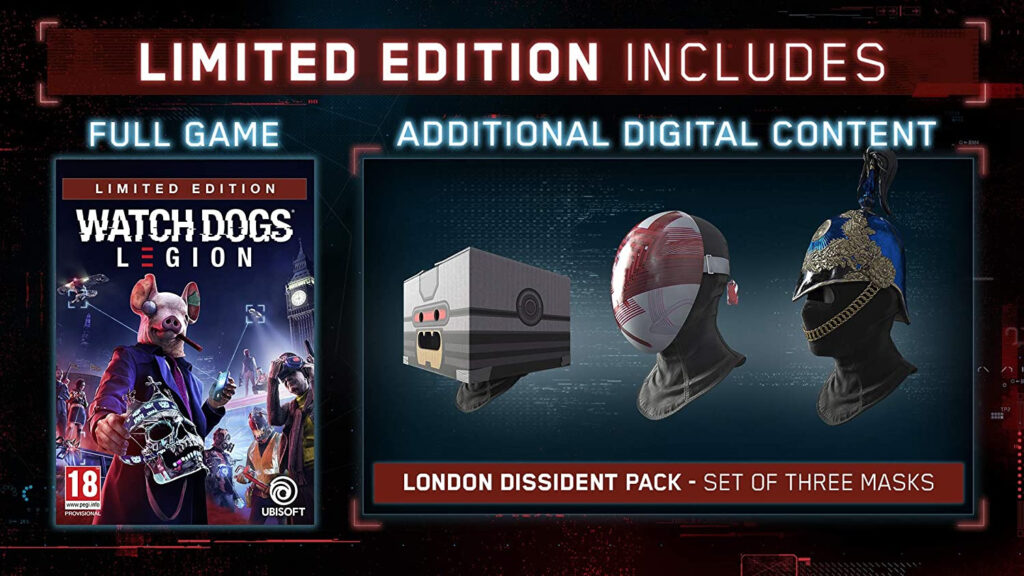 Watch Dogs Legion will be launching on October 29, 2020, which gives you only a day to pre-order it. But if you weren’t able to take advantage of that, we have the list of the Watch Dogs Legion editions available for the game for you to choose from.

I’m super excited to play this game! Thank you for the great guide.

Oh nice collection. Good games. Looking to get it. So many to collect.