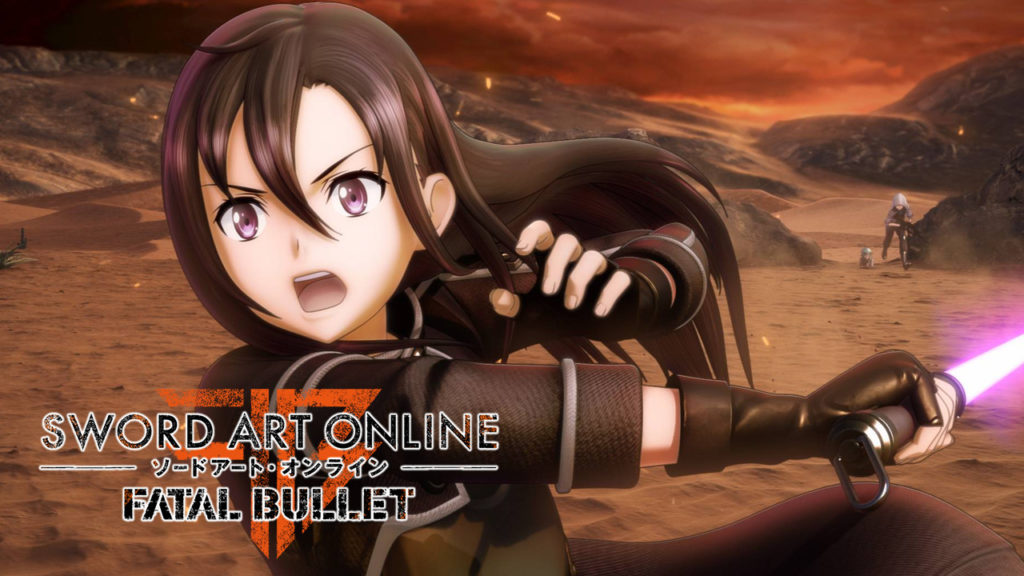 Bandai Namco has launched a new Sword Art Online Fatal Bullet trailer and it teases about the game’s story as well as other features. This trailer comes with everything the game has to offer!

Play as Kirito in this Gun Gale Online (GGO) Arc of the anime. This GGO is actually a Virtual Reality Massively Multiplayer Online (VRMMO) shooter. The protagonist will go against another player virtually but has the ability to kill the players in real life using a special weapon called the “Death Gun”. The game actually has its own story, aside from what we know from the anime. But included is the “Kirito Mode” which will run alongside the main story of the game. This mode will have Kirito go against the Death Gun and it will only be available if the player is able to progress enough in the game.

It is also great to know that other classic characters will have important roles in the game. Agil is able to upraise items, Lisbeth can upgrade gear and Asuna is able to unlock different costumes via completed quests.

Sword Art Online Fatal Bullet will first launch in Japan on February 8, then in other locations on February 23. This is open for PC, PlayStation 4 and XBox One.