The World of Warcraft: Dragonflight’s current roadmap includes the Caverns of Infusion.

The Raid Finder Wing 2 has been rolled out by Blizzard. This is a part of Dragonflight’s Vault of the Incarnates. 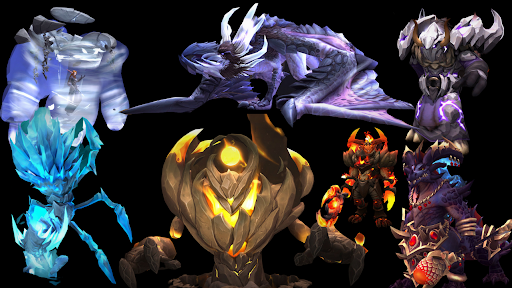 The raid brings about Kurog Grimtotem, Sennarth the Cold Breath, and Terros. This also comes with new challenges and achievements.

Kurog controls the primal elements and is able to create creatures of storm, fire, ice, and earth.

A creation of Kurog Grimtotem, Sennarth is an element of winter who guards her brood until they hatch.

Imprisoned by a ritual, Terros is trapped between two worlds. He is a terror that when freed can destroy Azeroth.

Vault of the Incarnates Raid Schedule:

World of Warcraft: Dragonflight increases the level cap to 70 as well as adds a new playable hero class called the Dracthyr.

WORLD OF WARCRAFT DRAGONFLIGHT ON CHEAPDIGITALDOWNLOAD

Get the best deal for World of Warcraft Dragonflight CD key on Cheapdigitaldownload.com through our price comparison service and trusted stores.

You can also get the best video game deals instantly with the Allkeyshop browser extension.