The Xbox Backward Compatibility program is getting more than 70 games for the last time.


To celebrate Microsoft’s 20th anniversary, they are adding 76 new games to the backwards compatibility program that can be played on the Xbox One and Xbox Series X|S.

This however, is the final batch of games that will be added. Microsoft said that they have “reached the limits of [their] ability to add additional games to the catalog due to licensing, legal or technical constraints.” The last batch would be just to celebrate the 20th anniversary of the company.

There are a lot of familiar games like the Max Payne Trilogy, Red Dead Revolver, 50 Cent: Blood on Sand and more. We have the complete list below. 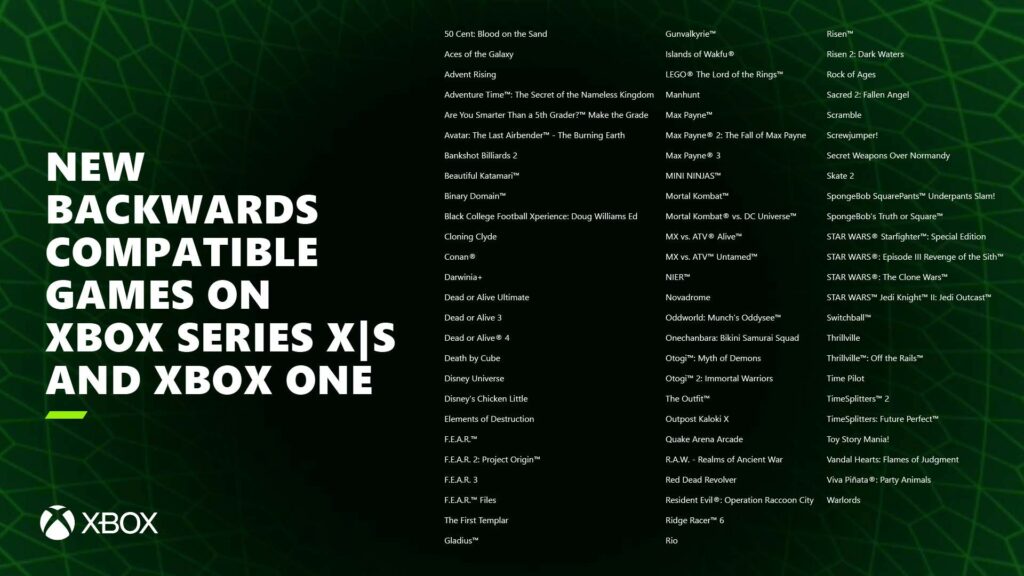 The games will come with Auto HDR plus an increase in resolution. There are eleven games that will come with 60FPS like Nier through an FPS Boost feature. This will also be available to 26 existing games on the program some of which are Sonic Generations, Gears of War and many more.